Terror-Tubby Abbas Hamideh Denies He Is Antisemitic. Here’s Plenty of Further Proof He Is

Despite the preponderance of evidence I have published, Abbas Hamideh, the terror-tubby and friend of Rashida Tlaib, has denied he is antisemitic. 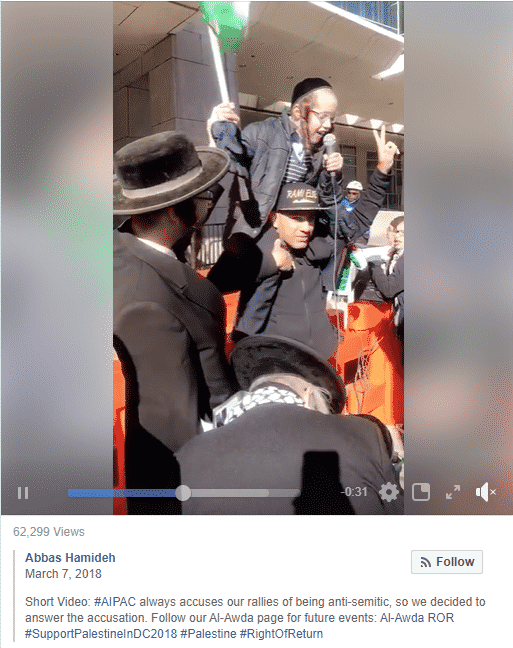 “Some of my best friends are Jewish”

Well, here’s the thing, Abbas. Some of your best friends are vile Jew haters.

Like this friend of yours, whose slur against Jews you thought was hilarious 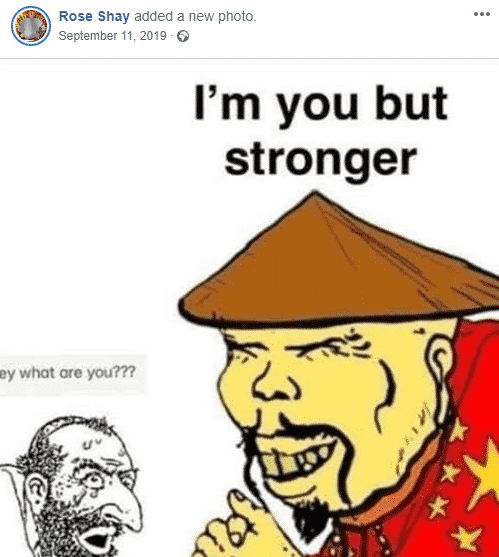 And who can forget the detestable James Fry? 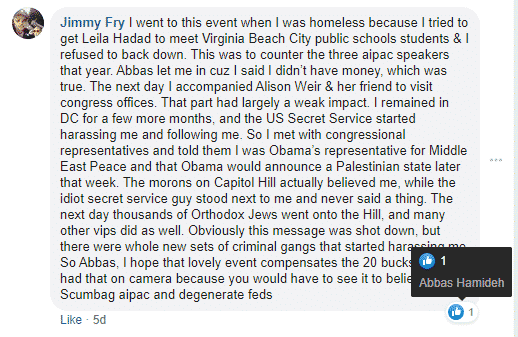 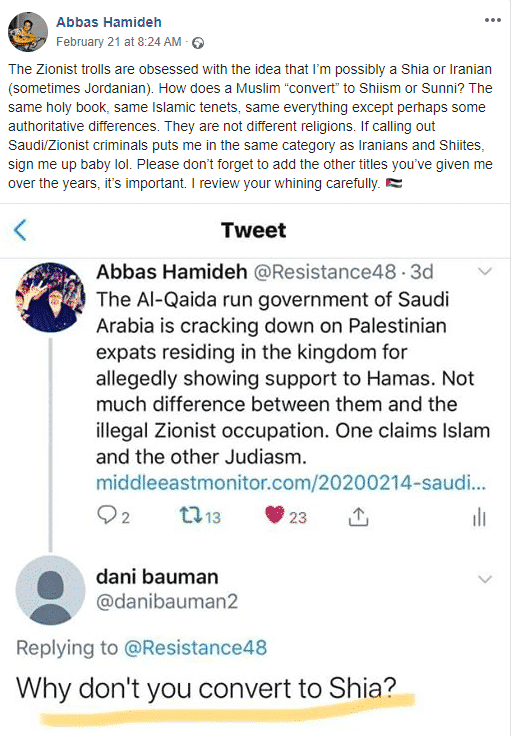 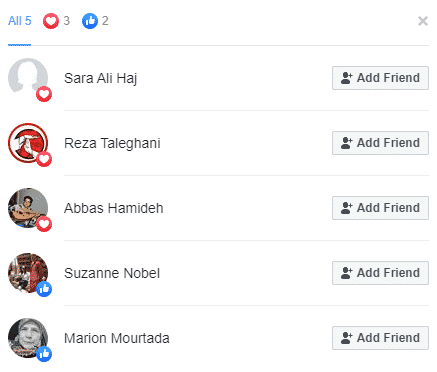 But glad you admit “Zionists” have been around for at least a thousand years.

In other “getting sloppy hiding your antisemitism” news:

I am sure if I spent more time on his timeline, I would find even more examples of this failure-at-life’s Jew hatred.

As a reminder, GoFundMe closed down the account of his Al Awda organization. They also have a PayPal account. Let’s work on getting it closed down too.