It would seem this is even too overt for the likes of Hamideh, who is claiming he was a Zionist plant. While I do not know the identity of Mr Holocaust, what do know is the following.

Look over the footage again. Not only was he allowed to shout out what he did, unencumbered (there may have been one lady protester who tried to shush him), Hamideh was right there looking fine with proceedings. Hamideh thinks the Holocaust is a funny matter 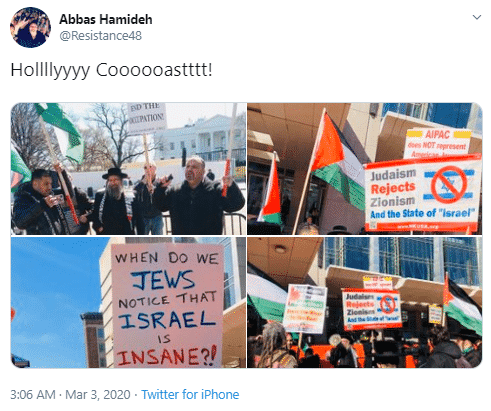 The guy who took the footage is clearly not a Zionist

One of Hamideh’s proofs is that the video camera was “deliberately following this saboteur around.” The video was taken by Ford Fischer of News2Share. He posted this last year.

Fischer makes this point in the video description:

Holocaust denier Chris Dorsey went to AIPAC where a pro-Palestinian protest was going on outside. Pro-Palestinian activists confronted and ridiculed Dorsey about his claim that the Holocaust was a myth propagated to support the formation of Israel.

Hardly the actions of a “Zionist.”

In fact, he is a self-described palestinian activist: 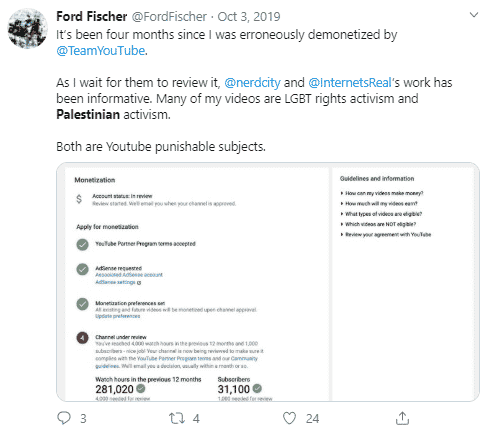 Given what I have seen from other Israel haters, it is way more likely the man was one of them. We have seen this kind of invective all the time from them.

But even in the unlikely event he was somehow planted, Hamideh’s reactions speak volumes.