With news that the Israeli Air Force, Microsoft Israel R&D, and others have found an innovative solution to avoid future shortages of much-needed respirators, you’d think a group called Christians for Truth would be happy about it. Saving lives, after all, is G-d’s work.

But when your antisemitism is a driving force, you take this story and use it as “proof” that those damn Jews are stealing again! (hat tip: Gabriel) 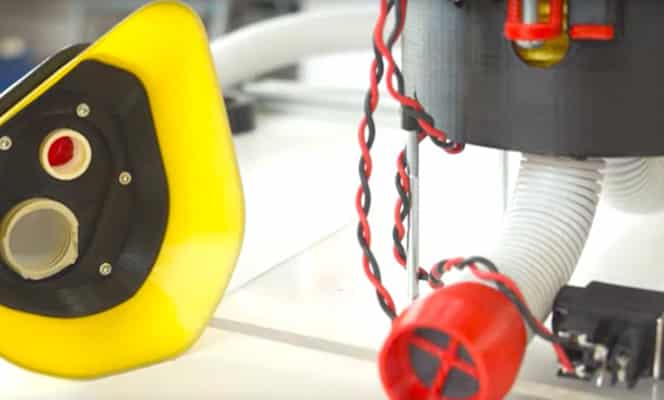 Engineers and designers from Poland-based Urbicum have banded together to launch the VentilAid project, an effort to design an open-source ventilator which can be reproduced using a 3D printer and an assembly of basic, easily accessible parts. The open-source ventilator is being designed to help medical professionals in the fight against the coronavirus pandemic in cases where more traditional hospital resources are limited or exhausted.

“We are facing a serious threat due to COVID-19,” the VentilAid team writes on its website. “Most of the countries are suffering severe shortage of medical equipment, that cannot be produced and delivered in a short time. Ventilators are essential to keep breathing when faced with the complications of COVID-19.”

…To date, the Urbicum team says it has come up with a working prototype for the ventilator, which is composed of several 3D printed components and a handful of industrial parts, including a pneumatic actuator with 10-20 cm stroke and a pneumatic limit switch or electric limit switch with check valve and 12VDC power supply. The 3D printed components are designed to be printed from PLA or ABS and TPU or Flex materials. Parts can be 3D printed in roughly 15 hours.

And then a week later, a team of Israelis announce the exact same project — an open-source 3-D-printed ventilator — with no mention of the Polish innovation whatsoever, claiming it as an ‘Israeli innovation’:

As respirators have become essential to deal with the complications of the coronavirus, First Robotics League, Microsoft Israel Research and Development, Ichilov Medical Center, Magen David Adom (MDA) and Unit 108 of the Air Force, have come together to find an innovative solution to avoid future shortages in Israel, and around the world.

The Israeli Air Force is leading and managing the project.

The idea is to create an “open source” respirator that can be mass produced in labs at low cost, without the need for factories. The solution could allow the mass production of hundreds of automatic respirators per day.

“This is a product that uses a manual respiration balloon and operates it smartly and automatically. The product is under “open source”, so that all of its assembling instructions are open to the public, in Israel and worldwide,” the developers explained in a statement.

Israelis have never been known to be inventors or innovators, but they do have a well-deserved reputation of stealing the ideas of others, claiming them as their own, and somehow making mountains of money off of them.

Notice how the Israelis use the phrase ‘manual respiration balloon‘ while the Polish innovators call it a ‘pneumatic actuator‘.

Clearly, the only thing the Israelis ‘invented’ here is a new name for the Polish innovation.

But this theft is part of larger Israeli plan–to make the world think that the Israelis saved the world from COVID-19, thanks to their hi-tech ‘superiority’.

As we speak, Israel is in the process of moving as many hi-tech corporations to Israel as it can so that it eventually can be in control of a vast amount of the world’s cutting edge technology, very little of which they invented themselves.

I had to laugh, though, at this part:

Israelis have never been known to be inventors or innovators, but they do have a well-deserved reputation of stealing the ideas of others, claiming them as their own, and somehow making mountains of money off of them.

What planet are they living on?!

I know what planet they want to be living on – one devoid of Jews, except for the one they worship as a god.