A few days ago I exposed a libel against Israel: that IDF soldiers were deliberately trying to spread coronavirus.

I showed from the footage, as well as conflicting versions, that the allegations were absolutely false.

Now I see that some of our so-called “peace partners” are disseminating the libel.

In the latest iteration of an ongoing and long-standing blood libel, Shtayyeh claimed, “We were exposed to testimonies that some of the (Israeli) soldiers are trying to spread the virus on car handles.”

The firebrand politician cited racism as the main motive behind the soldiers’ actions.
“This is racism and hatred of people who long for the death of the other. We will record this in the list of crimes [against Israel], ” Shtayyeh said.

And Mahmoud Abbas’ Fatah is repeating the same allegation of intentional spreading of the coronavirus, except they are basing it on a different libel, which I debunked: that Israel dumps infected workers at checkpoints for return to the palestinian-controlled territories without testing them. 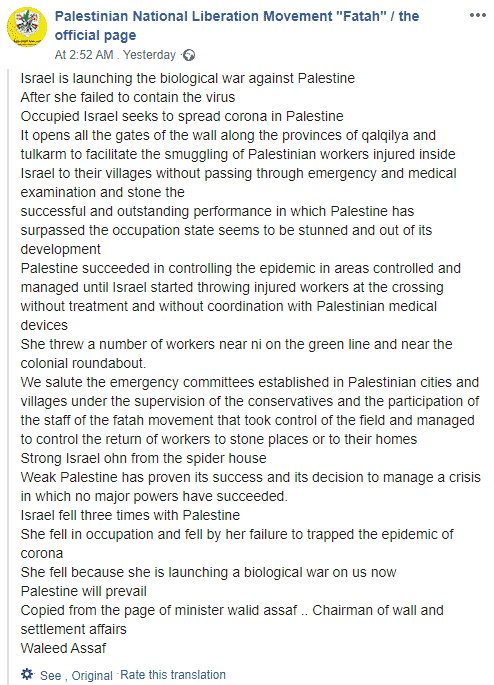 This reminds me of the infamous water libel, which Mahmoud Abbas repeated and embellished in a speech to the EU parliament, before retracting it.

And all of this is going on while we try and actually help them contain the virus. 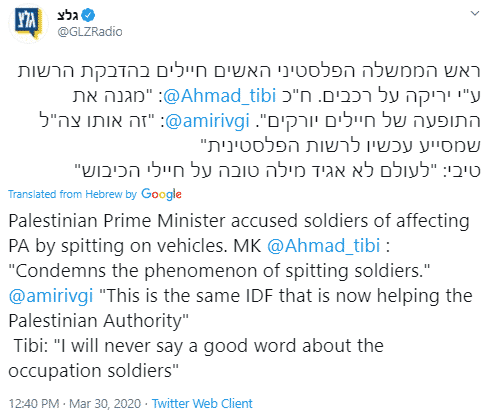