Jewish comedian Jackie Mason may be funny, but he’s not one to mince his words.

In a recent piece published in Britain’s Jewish News, the comic has taken aim at his fellow Jews who enable and ally with antisemites. 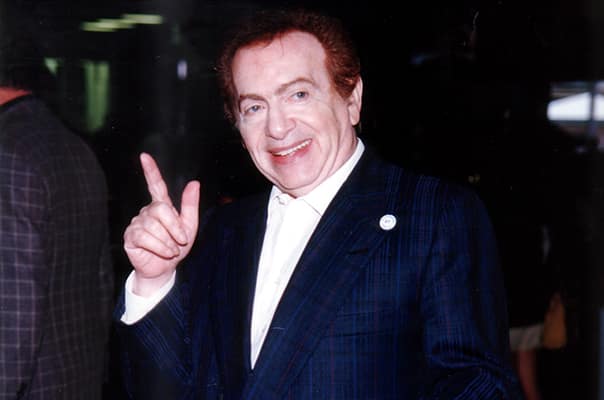 Who could believe that in the year 2020, Jews would walk the streets of America and Europe fearing for their lives.

Sounds extreme, but that is the reality, hard as it may be to grasp or even think about now there is a new enemy. It has always been challenging for me to reconcile the obvious intelligence that so many of my brethren exhibit, alongside others who are imbeciles. Mister? Yes, I’m talking to you. You really act like a putz, and I say that with the highest respect.

Now that I’ve got your attention, on the defensive and on the ropes, let me get in a knockout punch. See you let me, it was that easy. A Jew will argue aggressively and fight with words, but when reality hits him hard, he’ll refuse to believe it until the rising waters are up to his neck.

It’s not paranoia, although that’s a useful state of mind when the world has been out to get you for millennia. It’s not irrational fears, fear mongering, or media manipulation. It’s just the plain unvarnished truth. Jews are in greater danger than they’ve been in a long time.

It’s hard for them to assimilate this idea, it’s so foreign to the Jews of our time, who have lived in comparative peace to their tormented history. So, yes, it’s a great surprise for them to find out the facts on the ground have shifted.

I used to get surprised, but the benefit of ageing is you’ve seen everything, eaten at all the restaurants, tried every dish, watched all the fights, made all the bets, tried on all the clothes..Styles come full circle and suddenly you’re in style again. Some things, however, just stay the same, and although antisemitism went out of style for a while, it was always bubbling beneath the surface. So it looked okay for a couple of years, but I knew it would come back – just like wide lapels.

To the constants in life – death and taxes – you can add antisemitism. A lot of people have figured out how to get around taxes and I’m still hopeful about the other, but hatred of the Jews isn’t going extinct anytime soon.

The crazy thing is Jews are often the biggest supporters and unwitting allies of antisemitism. If you go to any university today you’ll find a ‘Professor Silverstein’ preaching about intersectionality, being “woke”, and the oppression of the Palestinian people.

Is it nice that these Jewish professors sitting in their comfy colleges can preach about a volatile situation half a world away, while getting their info from those least familiar with the true nature of the problem? Well, I say it isn’t nice.

Just look at Bernie Sanders’ pontifications and woefully misinformed statements about Israel. One can only hope that it is ignorance not malice that drives him to consort with vicious antisemites and anti-Americans. With friends like these, who needs enemies?

All you ever hear is if only Israel didn’t do this or that the Palestinians would act differently. They unleash a litany of questions like the Dayenu.

If Israel didn’t build the settlements…

If Israel didn’t use unnecessary force

Et cetera et cetera ad nauseum (Nobody knew until now that I’m fluent in Latin. And I sing well too.)

So all they do is blame everything on Israel, and it’s so obvious to anyone who has eyes and half a brain that it is nothing but blatant antisemitism. How many times has Israel tried to make peace, and how many times have the Palestinians rejected it?

There are plenty of ‘ifs’ on the other side, but the smart professors and the BDS [boycott, divestment and sanctions movement] protesters don’t acknowledge them or ask what would happen IF the Palestinians …

Acknowledged the Jews’ right to exist in their ancestral homeland;

Remembered with the Arab states and the rest of the world that they rejected the partition plan in 1947 and invaded with five armies;

Remember the hundreds of thousands of Sephardic Jews who were ejected from Arab countries and sent into exile;

Had not for years sent homicide bombers to blow up buses, restaurants and people;

Did not pay lifetime pensions to the families of these so called martyrs;

Didn’t teach their children to hate and damn their people to a lifetime of resentment, bitterness, and enmity.

And I would like to add a fifth question to the existing Passover four. Why can’t Jews stop preaching Jewish hatred?

I’m pretty certain that those most likely to hate me and disagree after reading all this will be Jewish people – which proves my point.

Read the entire thing. You too especially, Bernie Sanders.