A left-wing supporter of diabolical teen propagandist and terror supporter ‘Shirley Temper’ Ahed Tamimi – who was arrested and imprisoned for assaulting IDF soldiers – has been sentenced to prison for…assaulting an IDF officer.

Bonus: the IDF officer she assaulted was yet more proof that the “apartheid” accusations she and others level against us are ridiculous. 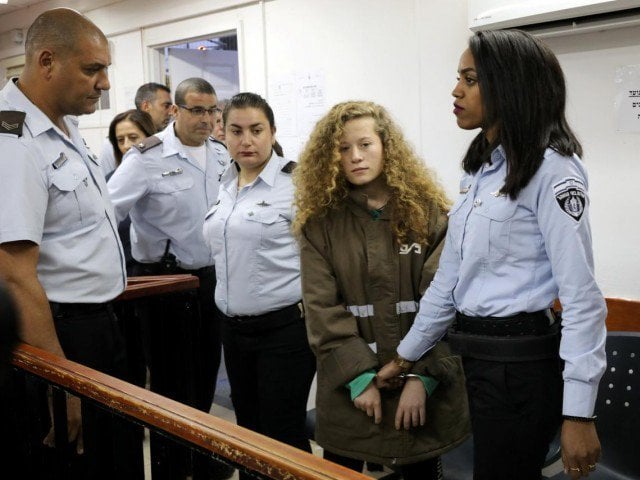 The hearing related to charges brought against Palestinian-activist Neriman Tamimi and her minor-age daughter, Ahed Tamimi.

Ahed was sentenced to eighth months in prison in a high-profile and controversial case where she was filmed hitting and kicking a much taller IDF soldier, who essentially ignored her.

Unhappy with the outcome of the case, Doron lashed out and struck Hamed on his forehead. She yelled, “Who are you to judge?”

Prison guards on the scene restrained and detained Doron until police arrived to arrest her.

Many activists rallied behind Ahed because she was a minor, was physically small and because of an impression that the IDF did not care about the incident until right-wing politicians complained that the IDF was being dishonored when a soldier is hit without a response.

In contrast, there was no hesitation to charge Doron who struck an IDF lawyer in a courtroom. Doron refused to testify to police or to the court, other than to say she did not believe she had committed a crime.

Since Doron did not deny her actions, only saying she thought her actions were not criminal, and since numerous witnesses testified against her, she was convicted and sentenced to jail, as well as fined NIS 3,000.

The good news for Doron? She might just enjoy prison.