Remember when former UNRWA Spokeshit Chris Gunness tweeted out a vile poem at best making light of the plight of palestinians hung by Hamas after being accused of “collaborating” with Israel, and at worst, actually celebrating it? The tweet was subsequently removed by Twitter for violating their “rules against abuse and harassment.”

It turns out at some point between then and now, his entire account was suspended! 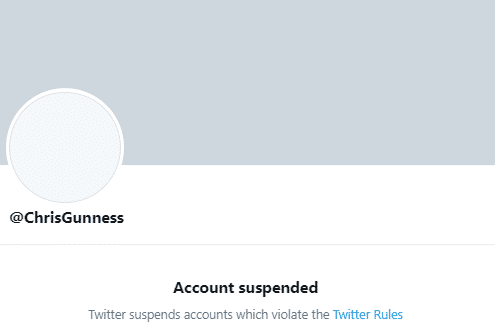 I assume this was his reaction at the time

I am not sure for which tweets he incurred this penalty, but it speaks volumes about him as a person, and UNRWA as an institution.

It looks, though, that he is back with a new account. And it seems he is concentrating on only his podcast and music, with no political tweets. In fact, this is his only Israel-related one so far:

I assume Matan Porat is the son of his boyfriend.