Now don’t get me wrong. There are people in Gaza who live in poverty – just like all over the world. But as I have said time and again, the extent of it is not what we are being told by the Israel haters and even some in the mainstream media. 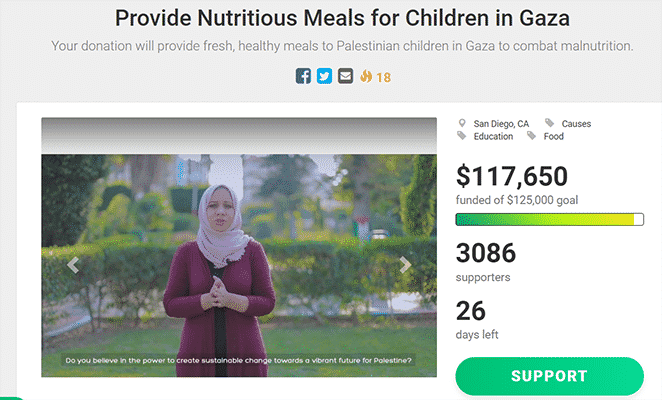 I say this by way of introduction to this fundraising campaign to “Provide Nutritious Meals for Children in Gaza.” Immediately, I wanted to know whether it was a scam campaign like so many others.

My findings: Although they do not seem to be using fake photos, they do make contentious claims:

1.3 million Palestinian refugees living in Gaza are fighting HUNGER, according to the UN. After decades of occupation and a tight blockade, families struggle to access basic things like clean water and medicine, and more than half of the population is living in poverty, making it especially difficult to battle against disease and malnutrition. It is time we use our collective voice to help children in Gaza grow up healthy and strong.

They seem to be basing the figure of 1.3 million on this. But note the figure is based on a “the preliminary findings of the latest Socio-Economic and Food Security Survey (SefSec) carried out in 2018.” In other words, they are relying on what Gazan families say, rather than some objective data. And let’s face it – they are not the most reliable of sources.

Interestingly, when UNICEF discusses the topic of nutrition in “Palestine,” this is what they say:

Nutrition: Approximately 39 per cent of children are exclusively breastfed in the first six months of life. The lack of growth in exclusive breastfeeding over the past years is due to, among other reasons, aggressive marketing of breast milk substitutes and a lack of clarity regarding optimal infant feeding practices. Only 42 per cent of children were receiving a minimum diversity diet. The relatively high levels of bottle-fed children is also a concern, particularly for children in Gaza who are exposed to contaminated and unsafe drinking water.

Sounds to me like the children of Gaza who suffer from malnutrition mostly do so thanks to their parents, as well as Hamas, who could have utilized funds to improve the water infrastructure, instead of on terror tunnels, rocket production, and paying terrorists.

And now to the epic own goal of the post title (or perhaps the icing on the cake, so to speak): This photo in the fundraising campaign. 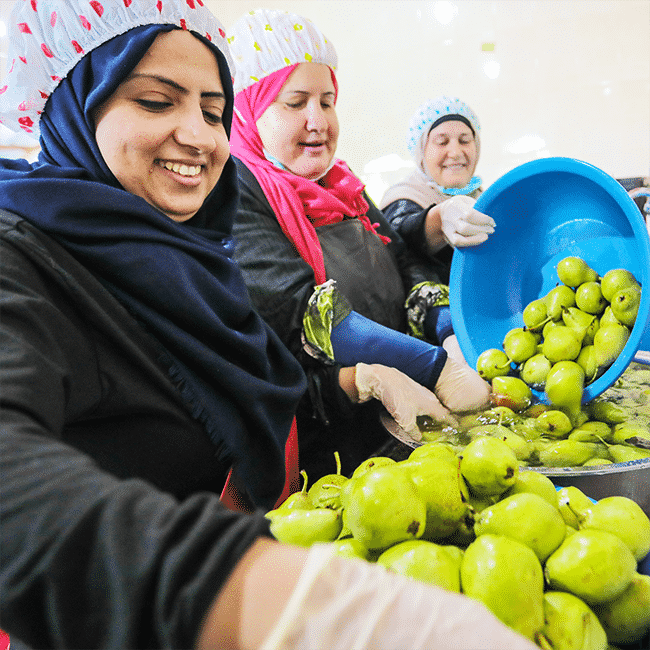 Hardly the poster children for malnutrition.