Terror-supporting cafe Reems has predictably entered the George Floyd fray…standing in solidarity with the “protesters” looting and setting fire to stores. 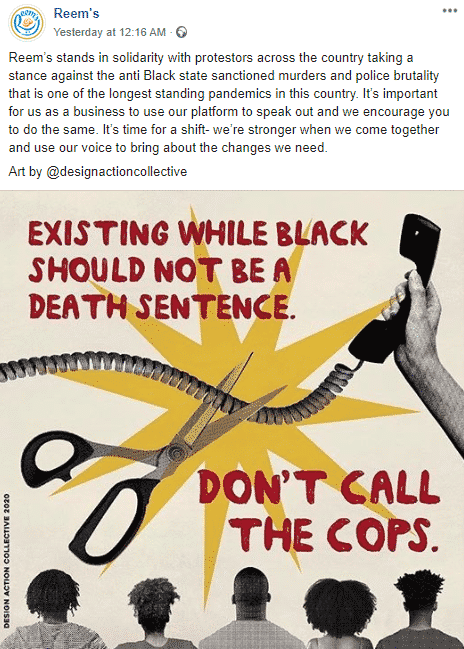 Reem’s stands in solidarity with protestors across the country taking a stance against the anti Black state sanctioned murders and police brutality that is one of the longest standing pandemics in this country. It’s important for us as a business to use our platform to speak out and we encourage you to do the same. It’s time for a shift- we’re stronger when we come together and use our voice to bring about the changes we need.

Which makes sense, given they idolize and glorify a convicted terrorist and murderer of two young men.

For the record (and as I posted yesterday), the guy who actually called the cops on George Floyd was palestinian.