What Louis Farrakhan Would Think of Seymour

What would Louis Farrakhan say about this Jewish man called Seymour? 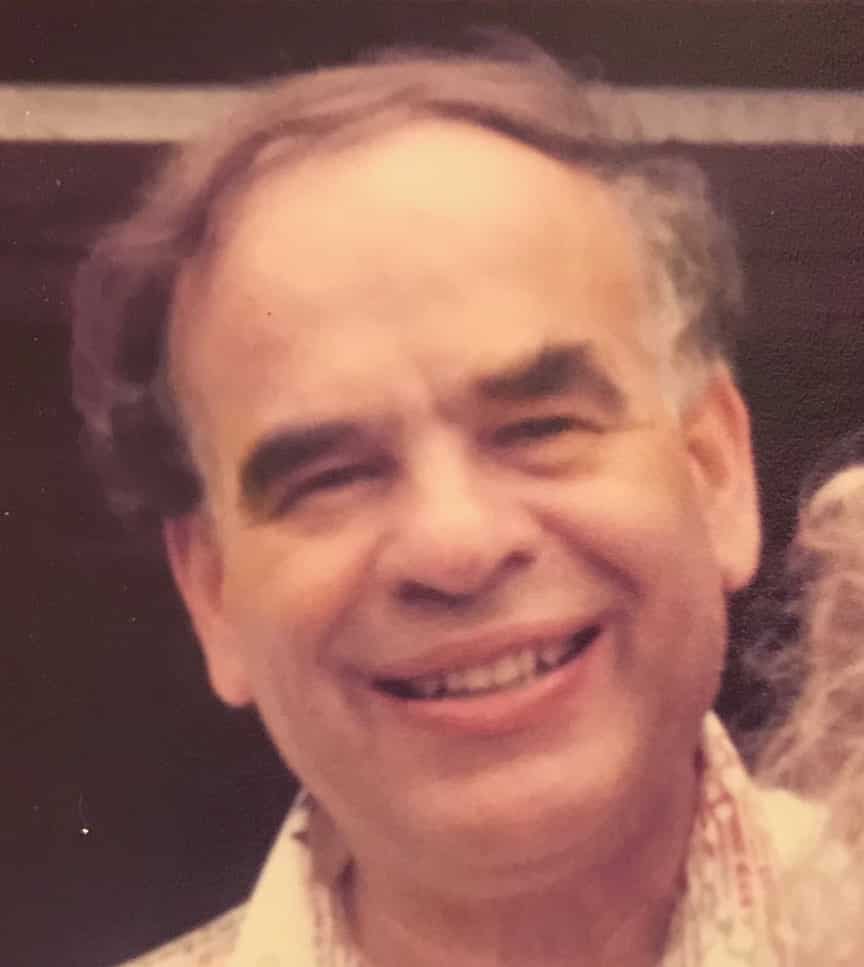 I cannot imagine he would have anything nice to say about him.

“Why isn’t the white man a native anywhere? You’re not a native Palestinian, no you’re not. You didn’t originate there. But if you did, then you’re the real Semitic people. But the Ashkenazi European, he has no connection at all to the Holy Land. None! So in a showdown prove to us that you are Semitic. Let’s go on with it, it’s our time now!” — Speech at Mosque Maryam, Chicago, Illinois, 11/18/18

And what if I told you that not only was Seymour a white-looking Jew, but he got a woman pregnant when about to get married to another, and left the woman once she told him? That he never told his family about this or about their half-brother, prompting his daughter later in life to describe her father as “not the most honest, upright citizen”?

“You and I are going to have to learn to distinguish between the righteous Jew and the Satanic Jews who have infected the whole world with poison and deceit.” — Speech at Mosque Maryam, Chicago, Illinois, 5/27/18

Why do I care what Louis Farrakhan would think of Seymour?

Well, the question should more be: shouldn’t Seymour’s daughter care? 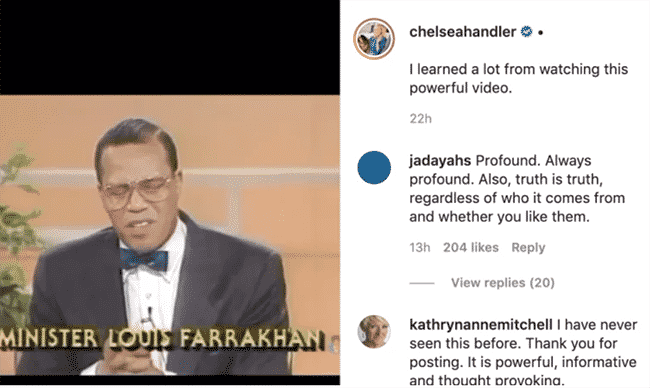 She did eventually delete this post, days later, but not before doubling down on it after being told how antisemitic he is.

And without any apology or retraction.

By the way, Chelsea, Farrakhan wouldn’t be much of a fan of yours either.

“The Jewish media has normalized sexual degeneracy, profanity, and all kinds of sin.” — The Time and What Must Be Done, Part 20: Making Satan Known, 5/25/13