Following his latest antisemitic rant, antisemite Roger Waters wants everyone to know he is not really an antisemite.

So he’s done something I have never seen him do before: admit he was wrong.

Yeah, bring out the flying pig. 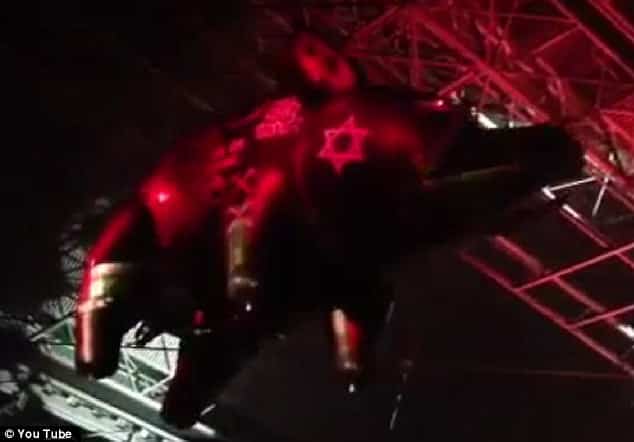 After speaking with Palestinian and Jewish colleagues and friends, I’ve come to understand that some remarks I made during a recent TV interview, about Palestinians suffering under decades of Israeli military occupation and apartheid, have caused some deep offense. Naturally, this is the last thing I would ever want to do, particularly within a justice movement which I care about so passionately.

During the Interview, in expressing my total solidarity with and support for the Palestinian people, when referring to Sheldon Adelson’s support for the racist policies of both Trump and Netanyahu, I used words that evoked metaphorical imagery which, my friends said, were “harmful to Jewish people and to the movement for Palestinian rights” – and for this, I’m very sorry.

At the time, I had no idea that I was evoking an antisemitic trope. I regret any harm or hurt my use of words caused Jewish people, and also any ways it may have reinforced damaging lies about Jews. Nothing could have been further from my intentions. I have only respect and compassion for my Jewish brothers and sisters in our collective struggle for a more just and peaceful world.

The Boycott, Divestment, and Sanctions (BDS) movement for Palestinian freedom, justice and equality, which I strongly support, calls for full and equal human rights for everyone and rejects all forms of racism, including antisemitism. Obviously, I completely agree that in this Palestinian-led movement that is peacefully resisting Israel’s racist system of apartheid and military occupation, there is no room for any racism against any community.

So let me be totally clear, I have no doubt that Trump, Mike Pompeo, and the entire US government, with their extremist right-wing agenda, would support Israeli apartheid with or without the campaign backing of Mr. Adelson.

On another matter, I suggested during the interview that Israeli Police working with US Police forces had introduced to this country the knee/carotid artery choking technique that was used in the murder of George Floyd. Two things. First, I was wrong about that. A friend I called for guidance on this, who is an acknowledged expert on the police exchange programs and connections between American and Israeli state violence, agreed that Israel’s militarizing influence on the U.S. and around the world is a grave and concerning fact. He also confirmed that law enforcement exchange programs with Israel facilitate the sharing of racist practices and repressive technologies that enhance and normalize mass surveillance, criminalization, racial profiling, and the violent repression of communities. But, he told me that Israel does not train US police in tactics, like those used to kill George Floyd. They don’t have to.

As we all know, the USA — a country built on the genocide of millions of Indigenous people, on the enslavement of millions of Africans and on the systemic racism which has persisted since the end of slavery — is clearly not waiting for Israel to teach it how to kill Black and Brown people. American police have been murdering Black people with impunity since the first slave patrols.

The current Black-led uprisings across the United States are a demand for real justice, for reparations, and for ending the brutal state violence and systemic racism against Black people that date back to this country’s founding.

So, second: To my friends in the Movement for Black Lives, I apologize unreservedly for my slip. I fully support the Black led uprising against the systemic racism endemic across America, against the murderous functioning of the Police, and the whole broken and deeply racist justice/penal system. The words “except as a punishment for crime” should be excised from the 13th Amendment to the Constitution. Those words are a license to a white supremacist system to perpetuate forms of slavery forever.

I have tried in my way to stand firm in support of, not just the Palestinian cause, but many other struggles for justice around the world. I shall continue to use my voice in our common fight for human rights, and I commit to trying to improve my awareness and sensitivity to strengthen my solidarity in pursuit of freedom from oppression and racism, and for justice and equality for all beings, everywhere.

Of course, I do not believe him. This is not the first time he has made antisemitic statements or done something construed as antisemitic.