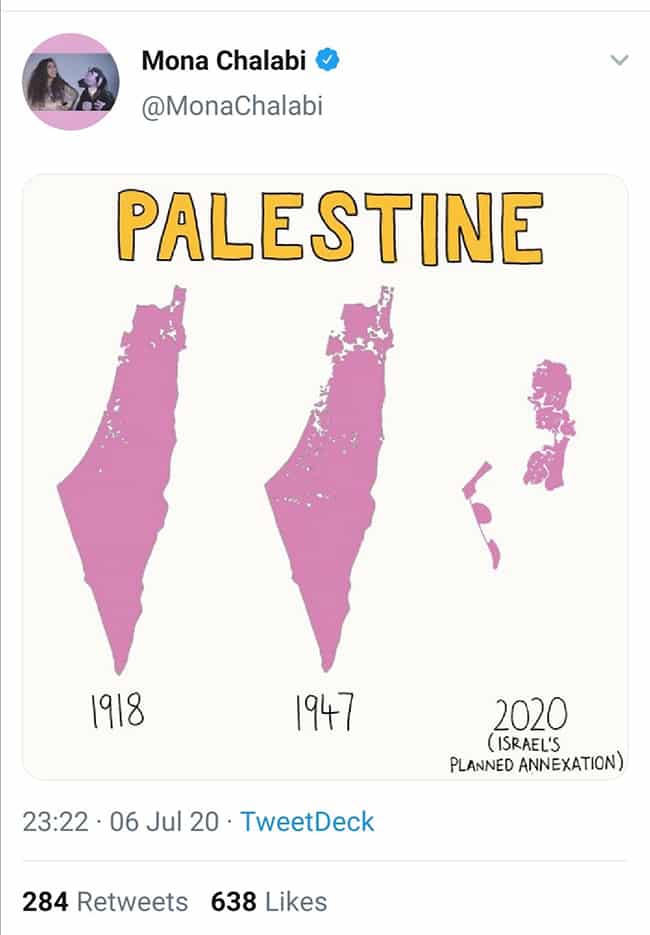 I want you to look closely at the first two maps.

The first map points out where Jews live. Only Jews. It doesn’t worry about whether they are immigrants it not. Nor does it point out non-Jewish immigrants or other non Arab populations. To be marked on this map you must be Jewish. Unmarked areas are ‘Judenrein’.

The map also suggests that where Jews don’t live is ‘Palestinian land’ even though most was unpopulated. Can you imagine a map of the UK marked only with towns that have large black communities – with the rest of the UK called ‘British land’ – it really is Nazi stuff.

Look now at the second map – the bad Jews are spreading! This isn’t Israel yet, the author is just complaining about there being more Jews around.

Imagine if the BNP produced a map showing UK BAME community growth as if it were a bad thing – celebrating the ‘white’ areas.

The maps are a racist throwback to the Nazi era. There are just two things marked. ‘Dirty Jews’ are present’ or ‘Judenrein.’ But we live in a time where people who work for the Guardian think this kind of racist, antisemitic venom is okay to push publicly.