For those who don’t know, Birthright Israel is a not-for-profit organization providing the gift of a 10-day educational group heritage trip to Israel for Jewish young adults between the ages of 18 to 32. The idea is to connect participants to their personal Jewish identity, history and culture, in order to ensure a vibrant future of the Jewish people by strengthening Jewish identity, Jewish communities and connections with Israel.

Needless to say, the Israel-haters detest the program because it acknowledges the Jewish connection to the land. For instance, IfNotNow members have staged walkouts on Birthright tours, JVP have staged protests against the program, and J Street has offered an alternative to Birthright trips to show a more pro palestinian perspective.

In contrast, some in the Black community have been inspired by Birthright, even to the point of replicating it for their people. 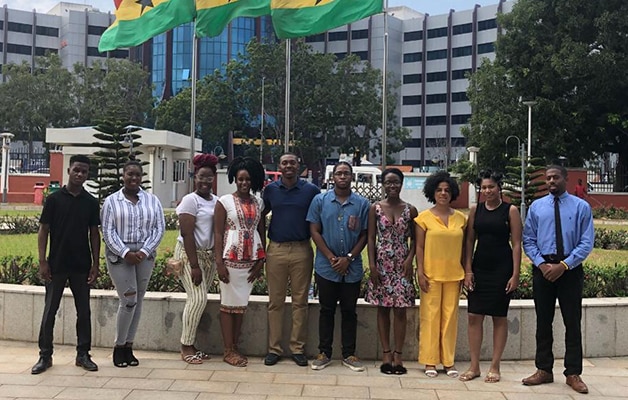 Being able to connect with one’s culture and background is a critical component in the development of an individual’s identity and self-esteem. For many Black Americans, they were not awarded that luxury. Being a descendant of American slaves has left an entire population of people far removed from their culture and history. The residual effects of slavery still impact Black Americans today. Although there are a number of books, movies, and shows that give historical context to African experience, nothing quite compares to visiting the land of your ancestors and immersing yourself in the culture firsthand. Walla Elsheikh and Diallo Shabazz decided to create this cultural immersion experience for people of the African diaspora. They founded Birthright AFRICA, a New York City-based nonprofit organization that sponsors trips for people of African descent to travel to different African countries to reconnect with their roots and culture. The organization’s aim is to instill a sense of pride and confidence in children and young adults of the African diaspora. Walla explains “it was something I was thinking about for a long while…as I was coming of age in my early twenties working in finance at Goldman Sachs, at the time, I was starting to have my own desires to explore cultural roots and just understanding of history because I realized I didn’t know much about Black history, African history, even as a person that is continental African. My parents immigrated here from Sudan and I grew up in America since the age of 11…my entire schooling had been Westernized even growing up overseas…then I learned about Birthright Israel and about this ten-day trip for free for young people of Jewish descent…and I said ‘oh my gosh, why isn’t this happening for Black people?’ That’s circa 2005…I registered the website in [2007] and did not really kick off until I had started to explore what it would take to succeed and then shortly thereafter I met Diallo Shabazz, who connected us with the City University of New York and really helped launch the pilot program.”

It is heartening to see that these Black Americans have learned from the Jewish experience in this way.

Unless you are an Israel-hater, in which case this must be infuriating.