Last week, the following was posted on the UN Visitors Center Facebook page 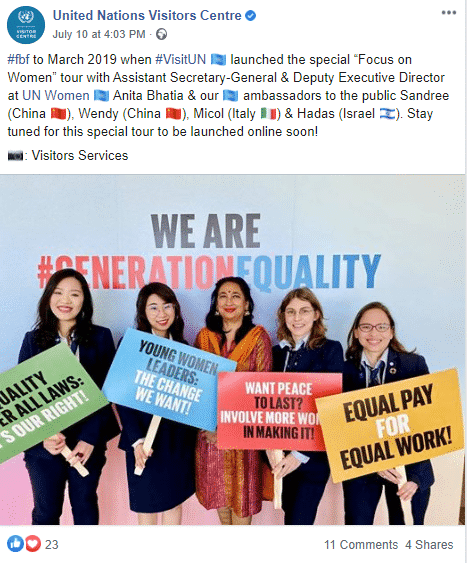 After an Israeli posted a link to an article about the history of female pilots in the IAF, the person managing the UN Visitors Center’s Facebook page posted this in response 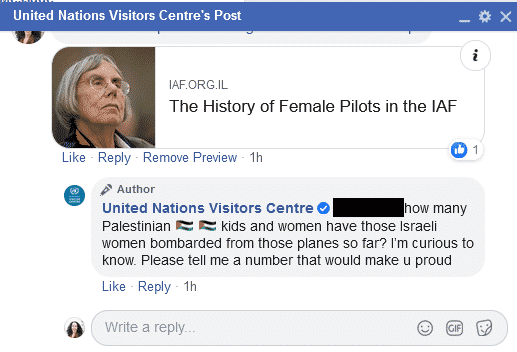 This is a pernicious blood libel, implying Israel targets palestinian kids and women.

After being called out on it, they invoked the “we were hacked” excuse 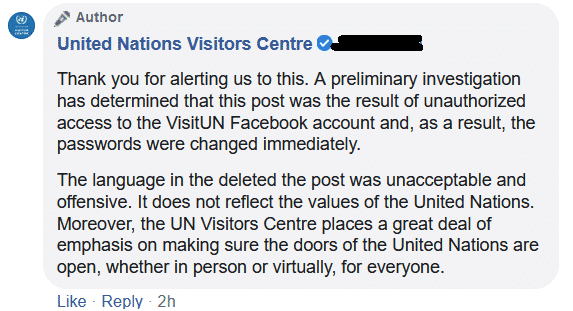 Of course, they are almost certainly lying. Had they really been hacked, then you would have seen a plethora of anti-Israel posts, and not the one comment almost hidden in the thread of a post. Plus I think the Israeli commenter summed it up well with this follow-up response