Kareem Abdul Jabbar: Where Is the Outrage Over Antisemitism in Sports and Hollywood?

Earlier today I posted how with Nick Cannon’s firing by ViacomCBS, at last a celebrity has been ‘cancelled’ over antisemitism.

And here’s some more positive news in the fight against antisemitism: another celebrity has spoken out loudly and clearly against it: NBA Hall of Fame Kareem Abdul Jabbar 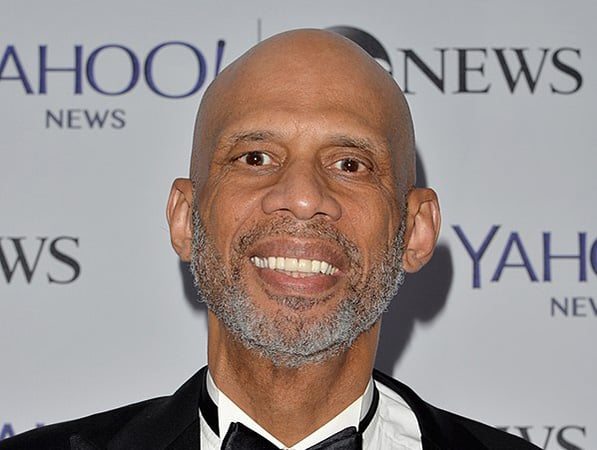 Recent incidents of anti-Semitic tweets and posts from sports and entertainment celebrities are a very troubling omen for the future of the Black Lives Matter movement, but so too is the shocking lack of massive indignation. Given the New Woke-fulness in Hollywood and the sports world, we expected more passionate public outrage. What we got was a shrug of meh-rage.

Ice Cube’s June 10 daylong series of tweets, which involved some creepy symbols and images, in general implied that Jews were responsible for the oppression of blacks. NFL player DeSean Jackson tweeted out several anti-Semitic messages, including a quote he incorrectly thought was from Hitler (not your go-to guy for why-can’t-we-all-get-along quotes) stating that Jews had a plan to “extort America” and achieve “world domination.” Isn’t that SPECTRE’s job in James Bond movies?

These statements would be laughed at by anyone with a middle-school grasp of reason, but then former NBA player Stephen Jackson, a self-proclaimed activist, undid whatever progress his previous advocacy may have achieved by agreeing with DeSean Jackson on social media. Then he went on to talk about the Rothschilds owning all the banks and his support for the notorious homophobe and anti-Semite Louis Farrakhan. That is the kind of dehumanizing characterization of a people that causes the police abuses that killed his friend, George Floyd.

These famous, outspoken people share the same scapegoat logic as all oppressive groups from Nazis to the KKK: all our troubles are because of bad-apple groups that worship wrong, have the wrong complexion, come from the wrong country, are the wrong gender or love the wrong gender. It’s so disheartening to see people from groups that have been violently marginalized do the same thing to others without realizing that perpetuating this kind of bad logic is what perpetuates racism.

One of the most powerful songs in the struggle against racism is Billie Holiday’s melancholic “Strange Fruit,” which was first recorded in 1939. The song met strong resistance from radio stations afraid of its graphic lyrics about lynching:

Despite those who wanted to suppress the song, it went on to sell a million copies that year and became Holiday’s best-selling record ever. The song was written by a white, Jewish high school teacher, Abel Meeropol, who performed it with his wife around New York before it was given to Holiday.

Kareem has shown what a mensch he is for a long time.