What Passes For a “Hate Crime” in Canada 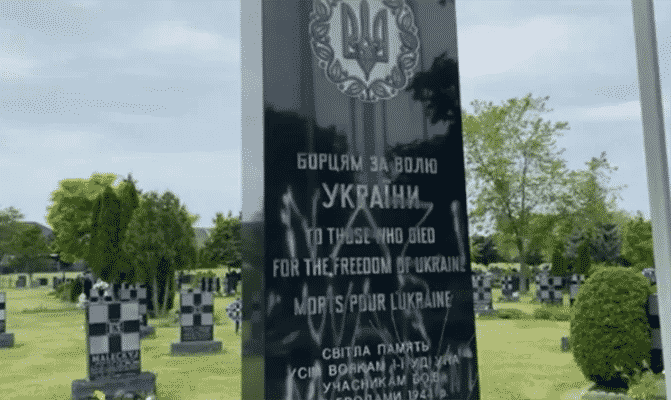 An incident involving graffiti spray painted on a monument to those who fought in Adolf Hitler’s SS is being investigated as a hate crime by an Ontario police force.

Someone painted “Nazi war monument” on a stone cenotaph commemorating those who served with the 14th SS Division. The monument is located in Oakville in the St. Volodymyr Ukrainian Cemetery.

The division, made up of Ukrainians who pledged allegiance to Hitler, was part of the Nazi’s Waffen SS organization. Some members of the division have been accused of killing Polish women and children as well as Jews during the Second World War.

Halton Regional Police believe the graffiti was spray painted on the cenotaph sometime around June 21. Police said they were investigating the incident as a “hate-motivated” crime but they declined to release images of the graffiti so as to stop “further spreading” of the message.

In other news, there is a monument commemorating a Nazi SS division, the police believe those who defaced it are the hate criminals, and declined to release images of the graffiti so as to stop “further spreading” of its message.

This might just be the most messed up thing I have read in a while – and that is saying a lot.