A Guardian Gaffe for the Ages

In a piece entitled I joined the Twitter boycott – but racism on social media is just the tip of the iceberg, columnist Owen Jones laments racism not just on social media, but in British society.

The article contained this photo, supposedly of grime rapper Wiley. 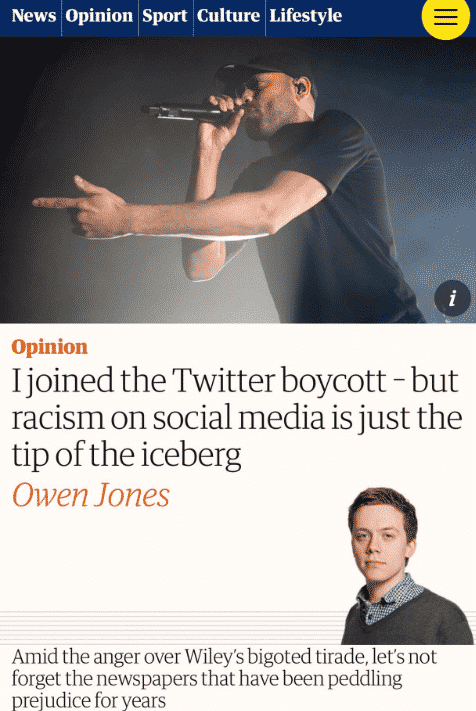 The problem was, it was a photo of another Black rapper called Kano.

Mistaking one Black man for another is probably not the best way to lament racism!

Reminds me of this

Update: The Guardian changed the photo and added this sentence to the end of the piece.

The main image on this article was changed on 29 July 2020. An earlier version incorrectly used an image of the rapper Kano.