Over the past decade – from the end of my teenage years until today – I have moved from a “pro-Palestinian” perspective to my current outspoken “pro-Israel” point of view. Simultaneously, although I am not Jewish, I became quite philosemitic over time, as I found the Jewish people’s history and resilience to be both fascinating and inspiring. I realized that I knew next to nothing of Israel’s history and that much of what I thought I knew was simply false.

As my views on the Arab-Israeli conflict moved closer and closer to those associated with today’s political right, while I remained otherwise rather to the left (especially on social issues, less so on economic ones [1]), I increasingly found that something in the typical 21st century left-wing worldview brought about an erroneous understanding of that archetypal geopolitical conundrum. This two-part post’s purpose will be to summarize the mental process through which my views came to be what they are today. That process was a lengthy and complex one, which will be reflected in my writing… please bear with me. In a subsequent essay, I will attempt to explain why the contemporary political left fails to properly grasp Israel’s situation.

The primary intended audience for this post consists in fellow moderate leftists open to new perspectives on complex political issues. The secondary audience consists in right-leaning Israelis and Jews, from whom I would appreciate comments and constructive criticism. 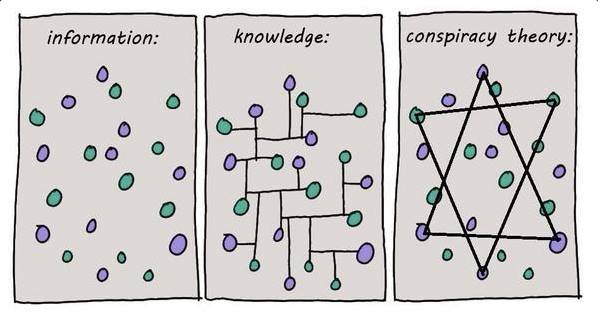 I do not know how I acquired the views I used to have as a teenager regarding Israel. I now realize that this reflects an important part of the problem: the narrative I initially believed is so ubiquitous that one can gradually adopt it without realizing it. Thus, despite my general inclination to seek evidence for, and challenge, my own political opinions, I more or less took it for granted that the Palestinians were being oppressed by a militaristic, imperialistic Israel headed by a hard-line ethno-nationalistic government. Zionism, I assumed, was a dirty code-word for a form of imperialism (this being all but “proven” by the USA’s support for Israel).

One of the turning points in my political evolution was meeting a Jewish Professor in university, who happened to be my all-time favorite. I was his top student. He invited me to his house multiple times, and we spent hours and hours discussing… and sometimes, the topic drifted towards politics. I was shocked to learn that he had been a Marxist earlier in life (I never liked Marxism) but was rather right-wing nowadays. I also learned that he supported Israel and enjoyed traveling there. We did not delve much deeper into the latter issue, but a seed of curiosity had been planted in my mind.

It took many years for me to acquire sufficient information for my perspective to really change. For starters, the university’s environment was anything but conducive to challenging the prevailing anti-Israel orthodoxy. Nevertheless, as I began to read Israeli media, my views irremediably changed over time. This might surprise most of this blog’s readers, but it was with Ha’aretz that I began my path towards pro-Israel views. Although it is no longer my primary Israeli news source, at the time, it served as a bridge between my old beliefs and my nascent ones.

As I read an ever greater diversity of sources, I learned with much surprise that Zionism was not an inherently right-wing ideology – that Labor Zionism had in fact dominated Israeli politics for many years after the establishment of the State. I learned about kibbutzim and moshavim, which I found admirable. I learned the details of how, in Israel, democracy was thriving and the rights of minorities were protected (I was, fortunately, never convinced by the *-washing argument, which I found sanctimonious and conspiratorial).

I learned an array of new facts regarding the two wars of annihilation waged against the Jewish state by surrounding Arab countries in 1948 and 1967. I was taken aback when I discovered that less than 100,000 people altogether died in the Arab-Israeli conflict, and that hundreds of thousands of Jewish refugees settled in Israel after being forced out of Muslim countries. I learned about the expulsion of Jews and the destruction of synagogues and other Jewish holy sites in East Jerusalem under Jordanian occupation. I learned that the “Palestinian” national identity was a very recent invention, created specifically to oppose Israel and change the narrative from an “Arab-Israeli” framing to an “Israeli-Palestinian” one where Israel is perceived as the Goliath-esque oppressor.

Of course, I also saw that prejudice, unjustified violence, and even war crimes were by no means absent from the history of Zionism… but hardly any countries exist that have an untainted history in those same respects. I realized that the narrative depicting the Israeli military as uniquely cruel was nothing short of demonization, and was inextricably linked to antisemitic canards portraying Jews as bloodthirsty fiends.

Not only do I reject the notion that a country’s “original sins” should ever undermine its very legitimacy generations later, but above all, in the last analysis, I found that the way the Jewish people gained control of the Land of Israel – which notably involved multiple attempts to establish the State of Israel peacefully, along with broad international agreement as to the legitimacy and necessity of such a State – was considerably more ethically sound than how dozens of other countries conquered their land, especially the likes of the Americas [2].

In the past, I would have claimed that the disproportionate focus on Israel was warranted given the occupation, largely considered the longest-lasting ongoing military occupation of a conquered territory, and that the “Palestinian resistance” was justified in light of them having lived under this yoke for over half a century. Over the years, I came to think that the focus should, if anything, be on “Palestinian” rejectionism, antisemitism, and insistence on “liberating” the whole of “Palestine” from the “brutal” Jewish “colonialist invaders”… factors that I now understand are mainly to blame for the perennial absence of a peace agreement.

As I puzzled over the prevailing narrative in the media and studied its causes, I became aware of the Muslim control and egregious anti-Israel bias of key international institutions, which effectively annihilated my faith in the United Nations as an institution capable of fostering peace among nations.

It was only later, however, that I learned how the notoriously corrupt and inefficient UNRWA treats Palestinian Arab “refugees” differently from all other refugees in the world, notably by ascribing a uniquely hereditary quality to their status, causing the “refugee” population to balloon with no end in sight – and how those “refugees” systematically face discrimination in the countries they emigrated to, which deliberately prevent their integration. I immediately understood that the aim of these policies was to maintain a hope of destroying Israel as a Jewish state, under the lofty guise of “human rights” and “democracy”.

Slowly but surely, as I perused both Israeli and “Palestinian” sources, my eyes were opened to the pattern of dishonesty and violent hatred characterizing the “Palestinian” narrative. I found especially pernicious the constant denial of Jewish history underpinning Arab delegitimization of Israel, as well as the tendency of anti-Israel and anti-Zionist sources to systematically deny Jewish people-hood, often resorting to the intellectual sleight-of-hand of reducing Jewish collective identity to Judaism alone (ignoring the fact that around 40% of Israelis self-identifying as Jews are secular).

My training as a social scientist, and my embracing of pragmatism as a key principle of rational thought, were other crucial factors in the development of my political views. They taught me that people-hood is, fundamentally, a matter of collective consciousness and historical continuity across a large population, corresponding to a trans-generational shared symbolic realm (concepts, beliefs, customs, etc.) [3]; when such conditions are present, the necessary practical consequence is that of enduring definition by self and others.

Therefore, the Jewish people have as much of a right to self-determination as any other of the world’s historical peoples. As early Zionist leaders rightfully remarked, all that was missing for Jewish self-determination to blossom was a land and a language. Yet, in both cases, Jewish collective consciousness had long provided answers as to what those should be. In practice, Israel has by now proven beyond any reasonable doubt that the Jewish people did have everything necessary – and more – to build a modern nation-state. In Israel, Jewish identity has flourished.

By then, I already considered myself firmly on Israel’s side in the relevant debates… but my views were not done changing.

[1] According to some credible models, that makes me more of a “socially libertarian centrist” than a leftist, but I disagree with the policies of political parties considered “right-wing” consistently enough to think of myself as being part of the opposite camp.

[2] The fact that the State of Israel was established rather recently, and after two World Wars, should indeed come with greater expectations of moral awareness. However, among all countries established in the wake of World War II, I see no valid reason to single Israel out: population transfers and deadly conflicts happened virtually everywhere. For instance, few Western leftists are criticizing India and/or Pakistan for the unfortunate but necessary consequences of partition (including 10 to 14 million displaced people and up to 2 million deaths).

[3] I have seen the argument that the Jews are an “invented” people, but this reflects a profound misunderstanding of people-hood. All peoples of the world are “invented”: by their very nature, they are products of the collective imagination. (This does imply that it is incorrect to criticize “Palestinian” people-hood as “invented”; one should rather focus on when and why that people became one.) Many communists and socialists, like my teenage self, do bite the bullet and argue that we should do away with such concepts entirely to unite humanity. I no longer think so, for reasons I will partly explain in another essay.