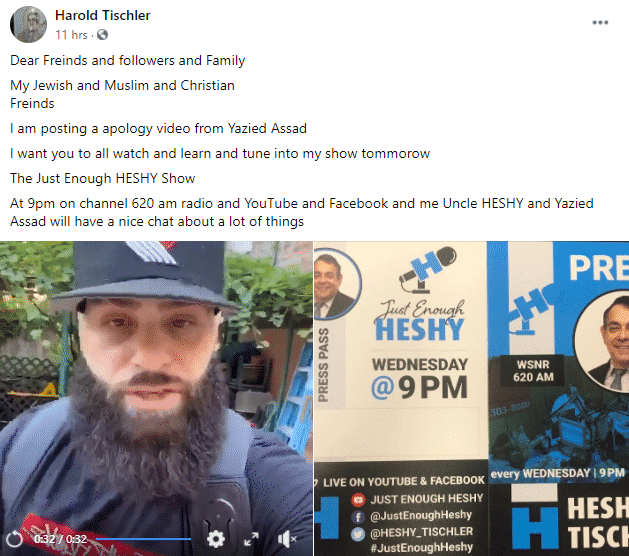 My initial reaction was this apology is a PR stunt and not sincere, and Harold Tischler should not be readily accepting it and giving him a platform. I say this given Assad already refused to apologize and then double-down on the antisemitism by claiming Jews are overly-sensitive, as well as compared “Zionists” to the KKK and ISIS.

Then I went to Tik Tok to see if he had posted any videos there, and lo and behold, this “apology” video is there as his latest – except it also has some text on it. 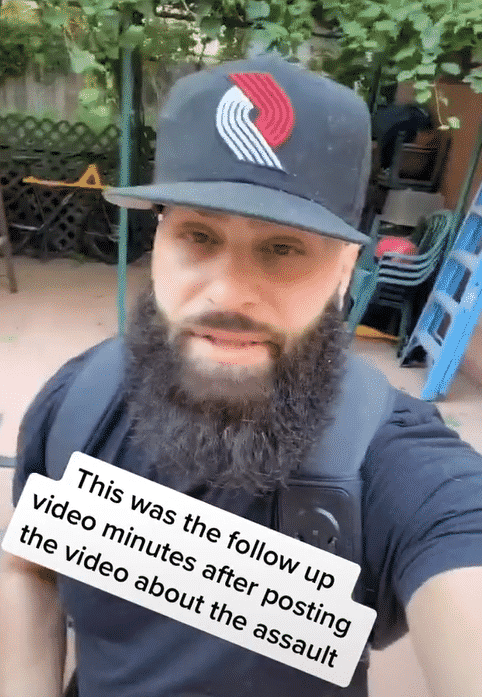 I call BS – and not just because of what I showed above in relation to his previous videos doubling down. You see, the meathead was wearing a different shirt in the video about the assault.

Yazied Assad, a Brooklyn man, states on #tiktok he snatched a #Jewish man’s kippah away from him and is going to wipe his ass with it. pic.twitter.com/CKRuVv9ETN

If he had posted this video only minutes afterwards, surely he would be wearing the same shirt?

This also could explain the missing text. If you download the Tik Tok video, the text appears. It seems that Yazied Assad sent Harold Tischler the video, minus the text. Could it be that he was worried Harold or his followers would have called BS like I am now?

I think it is a mistake for Harold Tischler to have posted the apology video like he did, without any effort to determine whether or not Assad was being sincere. And as I mentioned above, I think it is also a mistake to give Assad a platform.

Don’t get me wrong: I believe in repentance, even from antisemites. But they have to really earn the forgiveness. Plus I believe it is a lot harder and takes much more time when you are indoctrinated like Yazied and some of his brothers seem to be.