A group of Israel-haters in the UK have vandalized property (not news).

Police were called to the UAV Engines site in Shenstone, Lichfield, where Palestinian flag-waving protesters clambered onto the roof and poured paint over the front of the building.

Others chained themselves to fencing and lay down on the ground in front of the main entrance, while a giant banner was put on display calling for the firm to be shut down.

The protesters claim the company, which is owned by Israeli firm Elbit Systems, is involved in manufacturing parts for drones used by the Israeli military against Palestinians.

The Lynn Lane site has been targeted on numerous occasions in the past.

But what makes this really post-worthy is this quote from Michael Fabricant, the Conservative MP for Lichfield: 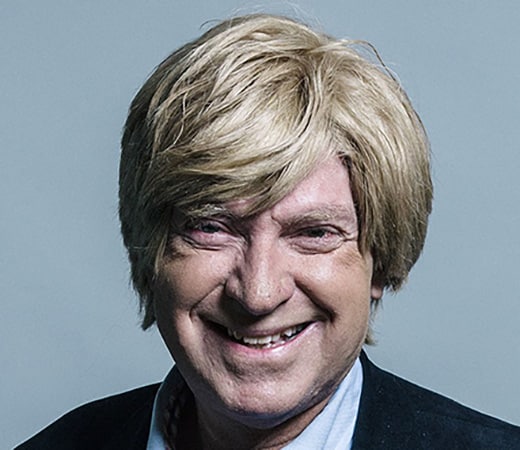 “Perhaps if the Palestinians were able to establish a western democracy, like the state of Israel, sever their ties with terrorist organisations Hamas and Hezbollah – which have as their main policy the destruction of Israel – a workable peace treaty between the Palestinians and Israel can be achieved.

“Perhaps the demonstrators should spend their time trying to achieve those ends rather than attempting to damage local property.”

As an aside, Boris Johnson called. He wants his hair back.