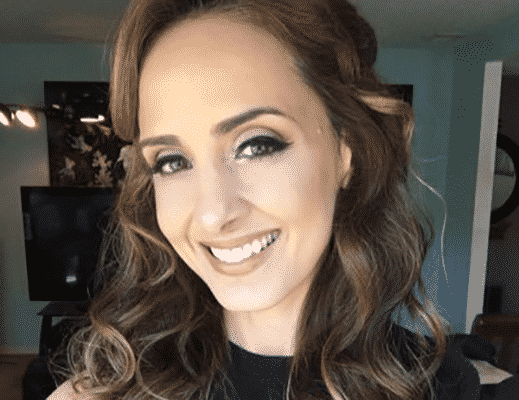 Hello There,
I am Blanche’s lawyer, and I ask that you cease and desist your slanderous article on BlancheTV or else face legal repercussions. Her comment was in no way meant against Jews, in fact she was participated in many peace missions with Jews, in the hopes of bringing peace. She only expressed her frustration with the ADL, a singular organization in censoring Youtube, as she is an advocate of free speech as protected by American constitutional rights. She does not condone any anti-semitism in any form, and has expressed that many times publicly. I would be happy to have an actual dialogue with you on this matter.

I am in disbelief you would put up such a slanderous piece without any proof or reasearch whatsoever.

Given my legal background, I know the following: 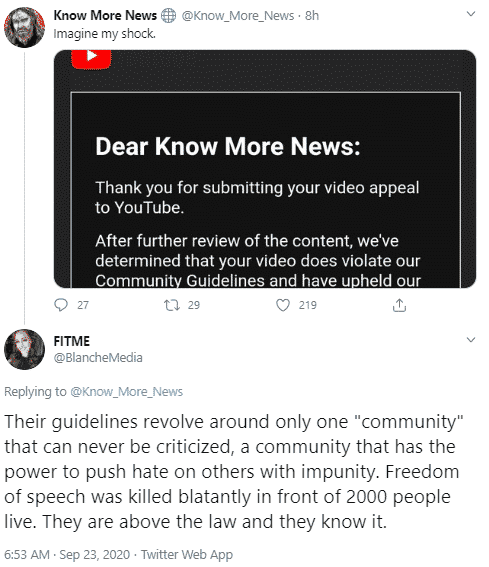 I doubt anyone would interpret this as “expressing her frustration with the ADL,” rather than referring to the Jewish community, especially given what Green has been saying about Jews and censorship.

Also, why would she be referring to the ADL as censoring Green? If she thought that, wouldn’t she have to be aware of what he was saying in the video or what he generally says?

4. No lawyer worth their salt would use a protonmail instead of their own business email. Besides, guess who uses the Twitter handle FITME?

My article is not slanderous. It is a reasonable imputation from defending notorious Jew hater Adam Green and commiserating with his antisemitic video being stopped – and then speaking disparagingly of a COMMUNITY (not organization as u claim).

If you think I will be intimidated by your threatening email, you are sorely mistaken.

I suggest Blanche desists from defending antisemites and speaking about some “community” which suppresses free speech and considers themselves above the law, if she doesn’t want to be considered antisemitic.

Who am I kidding. You wrote your email from Blanche’s email, so no need for me to refer to you in the third person.

I am aware of the law and you wouldn’t stand a chance.

I will continue to fight antisemitism where I see it. I suggest instead of blaming me for exposing yours, you take stock of your actions and apologize for your harmful words. Even promote real unity and fight hatred.

In the meantime, Lawyer Lorraine seems to have consulted Google on the law (yet still calls it slander and not libel)

Hello David,
Blanche has no affiliation with Adam, and never mentioned Jews once, how can you write an article slandering her when you misread a simple tweet on censorship?
She also fights anti-semitism in all of its forms whenever she gets a chance, so you are alienating people that are on your side! I am aware of the law, and know that
The elements of a cause of action for slander are:

2. Published to a third party;

3. Which the speaker knew or should have known was false;

4. That causes injury to the subject of the communication

Your unsubstantiated article meets all of this criteria.

We apologize if you feel this has hurt you or your people in any way, as that was NEVER the intention.
Again, the comment was more about first amendment rights, Blanche has always been passionate about peace, and never judged Israelis as a collective, she has wonderful relationships with Israelis in the culinary space, and was even hoping to include a tour of the Mahane Yehuda Market in the future. She loves engaging with Mizrahi Israelis who have a common culinary history.
You really have misinterpreted her comment, and hope you reconsider and remove this article. Your time is better spent on real anti-semites, and sadly there are a lot out there, Blanche has never been one of them.

As I said, no lawyer would use the client’s email address. Plus:
1. No lawyer would write in the style you did
2. You constantly use word slander. In printed medium, it is libel, not slander.

You have no case – truth is an absolute defense to a charge of defamation.

As I said, you should consider your own words and take responsibility. If you decide you want to apologize and renounce your statements, I will be willing to publish your apology. My goal is to fight antisemitism, so if you become part of the solution instead of problem, I will be pleased.

This did not product the desired public apology. Instead, Lawyer Lorraine treated me to a tale of Blanche’s heroics:

Hi David,
I think you need to learn a little bit more about Blanche. Blanche has worked with a Jewish family/Israeli spice company for 3 years. At one point when the daughter of the Jewish family came out and said in an interview that she supported the state of Israel, the whole company was targeted by the BDS movement. Everyone called to boycott their products. Infuriated, Blanche defended the company, and thus the BDS movement attacked her publicly as well. Blanche still worked with the company and fiercely protected them, even calling BDS officials and telling them to stop this hate campaign. She did not want to see this lovely Jewish family suffer after all of the hard work they put in for decades to build this company, and sees them as her extended family. She put her reputation on the line and did what was right, defending this Jewish family against libel, slander, and judgement. This is not a black and white world. If Blanche criticized a Youtube policing organization, she in no way would ever put down the Jewish people as a whole. How can she be an enemy of the BDS and be an anti-Semite at the same time? She has her own beef with YouTube because it is censoring everything, from stories about Covid, to stories about how anti-vaccinations etc, the platform has become a quagmire of censorship.
She wants to continue to defend this Jewish family and to promote peace, but you are making it extremely difficult by wholly judging her without knowing what she is all about. It is a censorship issue, not a Jewish issue, not an Israeli issue.

I only hope you understand–she is not into politics, and has no interest in putting down Israel.

I find it hard to believe that someone who defended “this lovely Jewish family” from the evil forces of BDS would also commiserate with a Jew-hater who constantly whines about Jewish censorship about “the one community that can never be criticized, a community that has the power to push hate on others with impunity” and “are above the law and they know it.” But perhaps that’s just me.

So I let Lawyer Lorraine know my thoughts about it.

Please stop referring to yourself in the third person. Hard to believe anything you say when you insist on pretending to be a lawyer.

The spice company story is hard to believe given the vile tweet of yours.

My post has nothing to do with your anti israel views. You defended antisemite Adam Green – whose tweet you seemed to see somehow – and clearly alluded to the Jewish community. You can try suing me – I am sure I will win.

If you publicly apologize for your antisemitic tweet and condemn Adam Green and his antisemitism I would consider publishing that apology.

At this point, Lawyer Lorraine transformed into Personal Assistant Lorraine

Hi David,
I am Blanche’s assistant, this is not she, as she wanted me to represent her on this matter, Why would we make this up? It is nothing but the 100% truth. We would give you the information on the company, if only we could trust you, as you have not shown good will. The tweet had nothing to do with you, nothing to do with Jews, why do you take things so personally? The tweet was not about Adam, it was about a live stream that was cut off for censorship. A friend showed the tweet to her as an example of what is happening on Youtube. You wouldn’t want to be censored in this manner would you? You write vile things about a lot of people, I am not sure why you think you are the morality police. Are you interested in peace, or are you interested in just slandering people with little proof? It is a shame that she is building relationships with the Israeli community, with real people that she interacts with, only to have a stranger that knows NOTHING about her writing such hideous things about her. It is actions like yours that make for bad public relations for Israelis, you are doing more harm than good for your people when you do such things.

Wait, u said u were her lawyer. Lawyer-assistant?

I can see you refuse to apologize and are doubling down. Too bad.

Yes Legal advisor and assistant–what to apologize for? A tweet you took taken out of context?

She denounces anti-semitism, you know she has thinks highly of the Jews in her life, she acknowledges the existence of Israel, she has never smeared Jews in public, though she has certainly condemned other countries that do wrong, like Saudi Arabia– what more do you need? Why do you write entire erroneous articles over a tweet? Why do you not accept an olive branch and call it a day? What are you trying to prove? There is no hubris with us here.

Well, kind of. I have published this post. And I assume Blanche won’t be upset and sic Personal Assistant-Lawyer Lorraine on to me again since I published her responses so you have her explanation of things.

I’ll let you all decide what to think. In the meantime, let this serve as a reminder that I won’t be intimidated into silence when it comes to calling out antisemitism and those who disseminate it.