A few days ago I posted how SFSU professor Rabab Ibrahim Abdulhadi – who organized for palestinian terrorist Leila Khaled to speak to students, and admitted she idolizes Khaled for actually going to a plane and hijacking it – recently won an American Association of University Professors award as an “outstanding faculty activist.”

Now a palestinian organization with ties to Khaled’s PFLP terrorist organization has won an award of their own.

The Gwynne Skinner Human Rights Award recognizes the work of an individual or organization that has made a significant contribution to corporate accountability that year.

Gwynne Skinner was a multifaceted leader who worked both as an agent of change, and with agents of change. In recognition of this, we are thrilled to recognize the work of both Alejandra Gonza and Al-Haq. 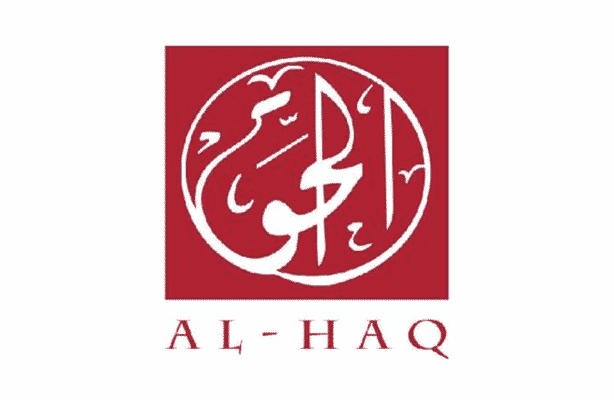 We are also thrilled to recognize Al-Haq, an organization working at a persistent level to achieve significant advancements in corporate accountability against political pressures and, in an extremely challenging context, advocating for and defending the rights of Palestinian people.

According to NGO Monitor:

Al-Haq’s General Director Shawan Jabarin has been linked to the Popular Front for the Liberation of Palestine (PFLP), a designated terrorist organization by the US, EU, Canada, and Israel.

-In May 2018, Visa, Mastercard, and American Express shut down online credit card donations to Al-Haq due to the group’s ties to the PFLP.

Al-Haq’s General Director has ties to the PFLP terrorist organization and, as a result, has been denied exit visas by Israel and Jordan. Click here to see NGO Monitor’s unofficial translation of the ruling by the Israeli High Court of Justice (June 20, 2007).

In May 2019, Shawan Jabarin attended a memorial event organized by the PFLP. It centered on PFLP political bureau member Rabah Muhanna, who, according to information posted by the PFLP, “contributed to the establishment” of several PFLP-affiliated NGOs. The hall was decorated with PFLP paraphernalia.

Jabarin was convicted in 1985 for recruiting and arranging training for members for the PFLP. A 1994 Israeli statement to the UN notes that he “had not discontinued his terrorist involvement and maintains his position in the leadership of the PFLP.”

In 2007, the Israeli Supreme Court rejected Jabarin’s appeal to travel abroad, stating that “the current petitioner is apparently acting as a manner of Doctor Jekyll and Mister Hyde, acting some of the time as the CEO of a human rights organization, and at other times as an activist in a terror organization which has not shied away from murder and attempted murder, which have nothing to do with rights…”

In 2008, the Israeli Supreme Court noted that Jabarin is “among the senior activists of the Popular Front terrorist organization.”

In 2009, Jabarin was again prohibited by the Israeli authorities from travelling abroad. Jabarin appealed to the Israeli Supreme Court which rejected his appeal, stating, “We found that the material pointing to the petitioner’s involvement in the activity of terrorist entities is concrete and reliable material.”

Shawan Jabarin is a former Defense for Children International-Palestine (DCI-P) board member. Several DCI-P board members have close ties to the Popular Front for the Liberation of Palestine (PFLP).  Hashem Abu Maria, coordinator of DCI-P’s community mobilization unit, was hailed by the PFLP as a “leader” after his death in 2014. On September 23, 2014, DCI-P uploaded a video of a memorial service for Abu Maria, featuring a speech by DCI-P General Director, Rifat Odeh Kassis. The courtyard where the memorial service took place was decorated with PFLP flags, posters, and pictures of prominent PFLP figures, such as founder George Habash and former leader Ahmed Sa’adat. Nearly all of the audience are dressed in PFLP apparel.

These awards certainly can’t be worth much.