You may recall how back in June, rapper and actor Ice Cube got his antisemitism on. 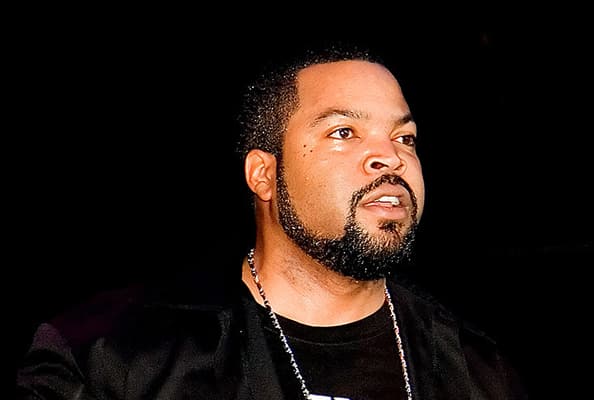 Rapper and actor Ice Cube, born O’Shea Jackson, responded to criticism of some of his recent social media posts being anti-Semitic, saying that he’s “been telling my truth.”

Among the recent tweets in question include a tweet of a Star of David with a Black Cube of Saturn — which is a symbol for occult worship — and an image of six old white men with hooked noses playing a board game on top of African American men. Ice Cube also tweeted out praise of Nation of Islam leader Louis Farrakhan.

For the most part, Hollywood and woksters either defended him or just had nothing really to say about it. After all, antisemitism is the ‘good’ kind of racism to them. At least NBA Hall of Fame Kareem Abdul Jabbar got it, asking Where Is the Outrage Over Anti-Semitism in Sports and Hollywood? – prompting Mr Cube to respond with yet more antisemitism.

Ice Cube later said he condemned antisemitism, according to Morton Klein, president of the right-wing Zionist Organization of America, who spoke with him. But the entire thing left a bad taste in the mouths of many. Just not too many wokesters.

Fast forward to now, and the wokesters – who were sleep at the wheel during Ice Cube’s antisemitic outbursts – are finally calling for his blood. For this.

Rapper Ice Cube once said he would never endorse Donald Trump. And though not an endorsement, the rapper is causing a stir this week for working with the President on his plan for Black America.

Cube confirmed and defended his stance on Wednesday, tweeting that the Trump campaign made adjustments to “their plan” after talking to him about his Contract With Black America, a plan he released earlier this year to address racial inequality, while Democrats said they would wait until after the election.

“Every side is the Darkside for us here in America,” Ice Cube tweeted, while defending the work he’s done with Trump. “They’re all the same until something changes for us. They all lie and they all cheat but we can’t afford not to negotiate with whoever is in power or our condition in this country will never change. Our justice is bipartisan.”

He’s even been cancelled.

So the POWERS that be cancelled my interview on @CuomoPrimeTime tonight. I’ve actually been ban from @CNN for a few months so I was surprised they even asked. But it seems like they can’t handle the truth.

Many of the aforementioned wokesters are now referencing his antisemitism…to suggest it somehow shows how he must have been a Trump supporter all along!

The hypocrisy of these people seemingly knows no bounds.