Reports of Saeb Erekat’s Death Have Been Greatly Exaggerated

One of the sources – if not the original one – was Al Arabiya – who still have this tweet up: 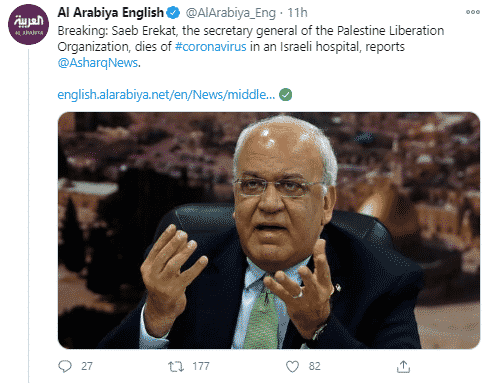 “The further we went the hotter the sun got, and the more rocky and bare, repulsive and dreary the landscape became…There was hardly a tree or a shrub any where. Even the olive and the cactus, those fast friends of a worthless soil, had almost deserted the country”.

Oops, sorry. Wrong quote. I meant to say rumors of his death have been greatly exaggerated, prompting the PLO to issue this statement

Wishing Dr. Erekat a full and speedy recovery, the Palestinian Minister of Health, Dr. Mai al-Kaila, stressed on the importance of preserving the feelings of Dr. Erekat's family: We hope that you will report the news based on official Palestinian media sources.

If you now click through to the Al Arabiya story, they clearly have edited it. 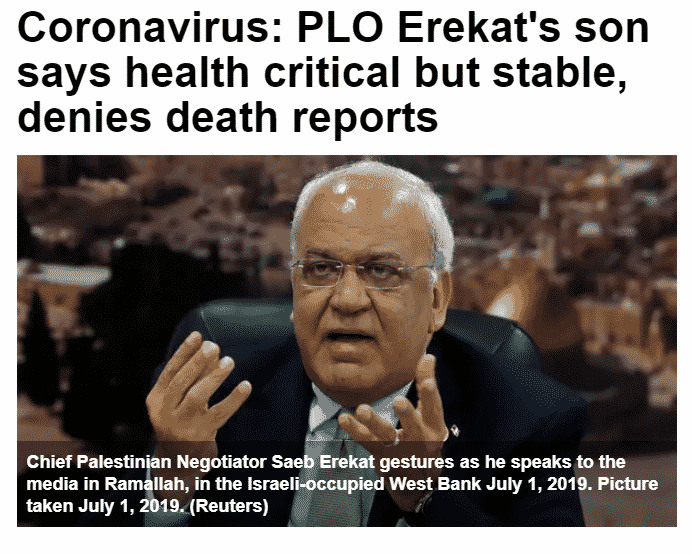 I seem to recall a similar situation when Yasser Terrorfat was on death watch. I am guessing if Erekat does succumb to the illness, that won’t be the only similarity – we’ll be blamed for killing him as well.