Someone who taught in Saudi Arabia has informed me that while teaching English Language Arts for grade 8 at a private school in Jeddah, the supplied textbook was mysteriously missing unit 2, cutting the curriculum short. The teacher was instead expected to  “invent something” for unit 2. 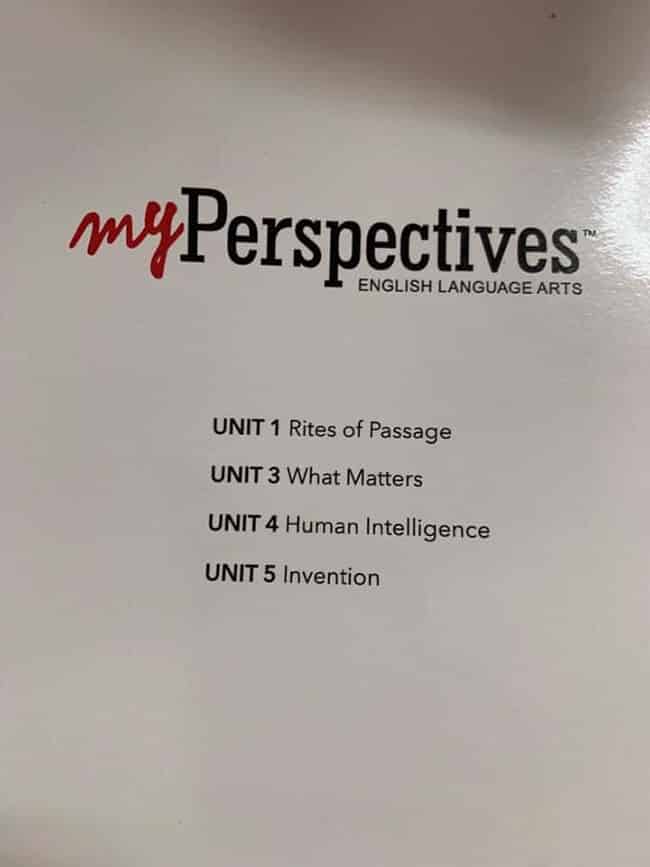 Why was unit 2 missing? Perhaps a look at the non Middle East version of the textbook offers a clue This book was used in 2017-8. I am curious whether this is still the case, given the winds of change in the Middle East when it comes to the Gulf states attitudes towards Israel. And even back in 2018, we saw an important stand against Holocaust denial, with Dr. Mohammed Al Issa, secretary-general of the Saudi-based Muslim World League, issuing a statement on Holocaust Remembrance, which included these words:

“History is indeed impartial no matter how hard forgers tried to tamper with or manipulate it. Hence, we consider any denial of the Holocaust or minimizing its effect, a crime to distort history, and an insult to the dignity of those innocent souls who have perished. It is also an affront to us all, since we share the same human soul and spiritual bonds.”

I will be reaching out to the publisher Savvas Learning Company to find out whether they still provide a censored Middle East version. Either way, the fact this was even ever the case is really not a good look.

Update: Savvas Learning Company says they never removed the unit, so if anyone did, it was done without their consent.