MEMO has a report about how Israel is supposedly “trying to expand the jurisdiction of the northern Jewish town of Harish by nearly 50 per cent to prevent Palestinians from forming a majority in the area.”

Accompanying the report is this photo of excavation works at Metula…approximately 146 kilometers away from Harish. 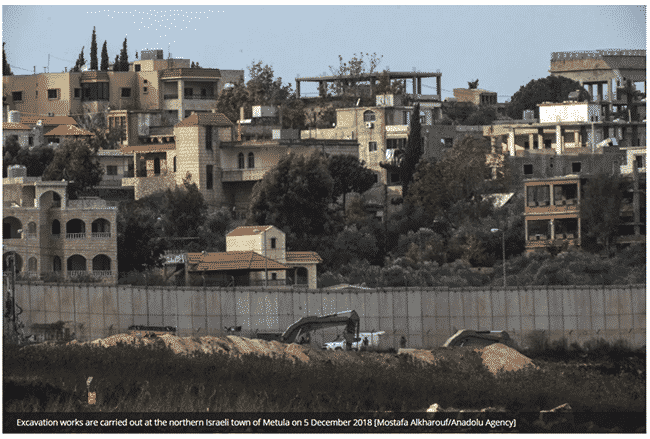 And it is worse than merely using a photo of a completely different town. They’ve edited the caption (click on image for real caption).

Israel launches anti-tunnel operation on Lebanon border
METULA, ISRAEL – DECEMBER 5: Excavation works are carried out at northern Israeli town of Metula as Israeli army’s military operation, which has been launched to expose and thwart cross-border tunnels allegedly dug by Hezbollah along border with Lebanon, continues in Israel on December 5, 2018. (Photo by Mostafa Alkharouf/Anadolu Agency/Getty Images)

I understand why they used a different photo; there is no such work at Harish (the report speaks of a proposal only). But using one which actually shows Israel trying to protect her citizens, while hiding this fact by editing the caption – that’s the usual dishonesty we’ve come to see time and again from those who love to demonize us.