In my post from earlier today, I debunked the libel that millions of palestinians have been killed by Israel since 1948. 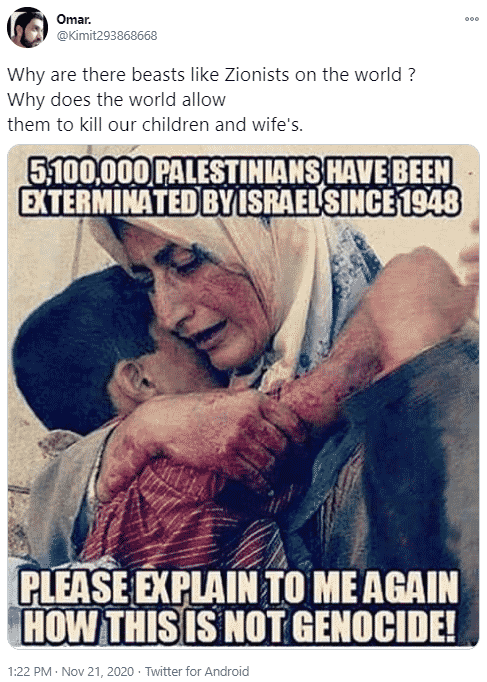 It turns out that not only is the claim of the tweet a lie, but so is the photo they used.

Iraqi mother Wafaa Hussein, mourns her dead son Thaer, aged six, at a Baquba morgue, northeast of Baghdad, 16 September 2007. The boy was shot by an unidentified sniper while riding with his family in a public bus from Baghdad to Baquba. AFP PHOTO/STR (Photo credit should read -/AFP via Getty Images)

They truly lie about almost everything.