It is hard to believe that anti-Israel propaganda site Quds News Network believes any of its readers have even a modicum of intelligence. How else do you explain what they posted on their Facebook page yesterday? 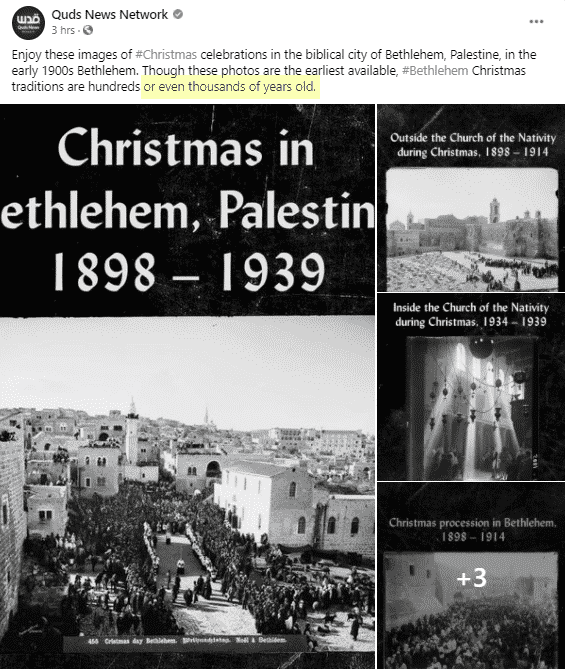 Given Jesus died less than two thousand years ago, and the first recorded Christmas celebration was in Rome on December 25, AD 336, what they are claiming is mathematically impossible.

But not surprising, coming from those who also claim their history is millions of years old.