Suha Arafat Does Not Think Israel Poisoned Her Dead Hubby

Last week, Israel’s Yediot Aharonot newspaper published an interview with Suha Arafat, widow of deceased palestinian terrorist Yasser Arafat. In it, she surprised many by stating that the Al-Aqsa Intifada was a big mistake, and that she believed her husband was poisoned…by a palestinian. 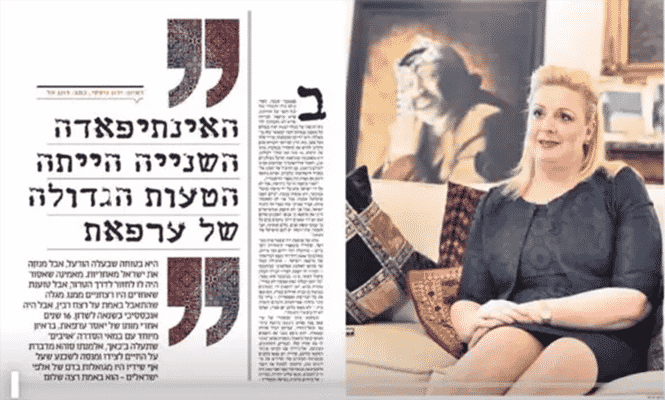 In surprising and shocking statements, the widow of the late Palestinian President Yasser Arafat, Suha, acquitted Israel of responsibility for poisoning her husband and causing his death.

And she considered in a lengthy interview with the Hebrew newspaper “Yediot Aharonot” that her husband went on the path of terrorism and committed a big mistake by igniting the Al-Aqsa Intifada that broke out in 2000 after former Israeli Prime Minister Ariel Sharon stormed Al-Aqsa Mosque.

Suha told the newspaper that Yasser Arafat was definitely poisoned, but not by “Israel” but by a Palestinian.

She added: Everyone believed that “Israel” was guilty, but I am not accusing it. I’ve always said that it’s too easy to say “Israel”, but I don’t think the Israelis killed Arafat. If they are, then we have been taking revenge on them for hundreds of years. ” Everyone accuses “Israel”, and I thought, what evidence do you have that “Israel” is responsible?

Soha believes that Arafat should not have returned to the path of terror, adding: “There are others who were more murderers than Arafat, and Yasser really mourned and deeply grieved for the assassination of Yitzhak Rabin. Except that he was obsessed with hatred for Sharon ”.

The Hebrew newspaper, in turn, commented on Soha’s statements, saying that 16 years after the death of Yasser Arafat, and in an exclusive interview with his wife, the director of the “Enemies” series, which will be broadcast on the Hebrew channel “Kan,” was sought by his widow Suha about life next to him.

According to the Hebrew newspaper, “Suha Arafat is trying to convince the Israelis that even though her husband Yasser’s hands are stained with the blood of thousands of Israelis; However, he really wants peace, ”according to what the newspaper reported.

Suha Arafat said in a lengthy interview with “Yediot”: “I do not know who convinced him to carry out an intifada while he was in the midst of a peace process. I told him that he must stop Hamas attacks because they would eventually lead to a civil war. I explained that after 9/11 nobody wants to see more explosions, and Prime Time Zone don’t want to see blood. I said: Hamas or not Hamas, you are committed to the peace process and you must stop the uprising.

But that was yesterday, and this is today.

The widow of late Palestinian President Yasser Arafat has said she was quoted out of context in a recent interview.

“Arafat was definitely poisoned, not by Israel, but by a Palestinian,” Israeli newspaper Yedioth Ahronoth quoted Suha Arafat as saying on Friday.

However, later in the day, she claimed she was quoted out of context and her words were misconstrued.

“Abu Ammar’s case [the late president] is still before the courts, and I cannot accuse anyone of killing him, including Israel, because I do not have any evidence, and I also do not have evidence against anyone so far,” she posted on her Facebook account in a clarification message.

“My statements have not changed since Abu Ammar was martyred. But I will not blame anyone without clear evidence. This is what I said in the interview and I will say it in other interviews.”

She also clarified that the reason she thinks the Second Intifada was a big mistake was not because she wants peace but because they got their asses handed back to them on a platter. My words, not hers.

In the Facebook post, she added: “My opinion that the intifada was wrong was because we lost a lot and our war with them was unequal. I will not be afraid to give my opinion even if it is distorted, the truth will always brighten.”