Some of the Best Bernie Sanders Memes

As you all know, Wednesday was Joe Biden’s inauguration as 46th President of the United States.

But this is not a political post. One of the biggest talking points of the ceremony was Bernie Sanders, who stood out and spawned thousands of memes.

Thank you @BernieSanders for becoming the meme we had to have pic.twitter.com/XrV2EjKaLG

And boy, were there some good memes; here are some of the best I saw:

"This could have been an email." #BernieSanders pic.twitter.com/NaGYQwY4bU

Oh no! They got him! #BernieSanders
P.S. I know the photoshop itself is bad but that's what I can do in half an hour. pic.twitter.com/dvbsVCpIx9

Bernie and Statler might be my favorite #BernieSanders at the #Inauguration #meme so far 🙂 pic.twitter.com/7zvotb7B3N

Bernie Sanders out and about on Inauguration Day: pic.twitter.com/Fe29O7daHK

As for my contribution:

Now who wants to meme Clinton? 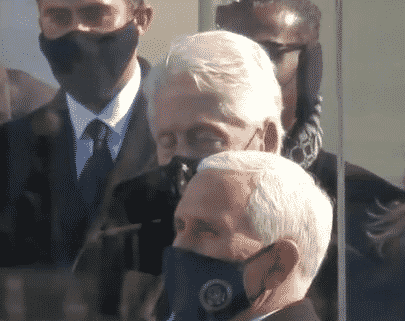