Gene Simmons of KISS gets it. 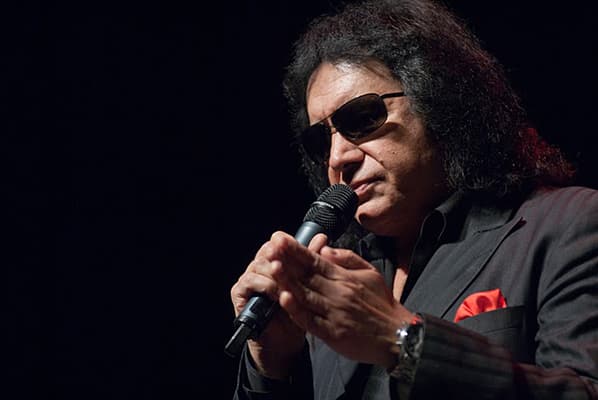 Kiss frontman Gene Simmons says racists should be publicly shamed and fired from their jobs, as he joins scores of celebrities in a new Black-Jewish Entertainment Alliance.

Simmons told DailyMail.com he was disgusted by the racism he sees in America and said society should take a hardline approach to those spreading prejudice and hate, comparing them to cockroaches.

‘It is going to get better but you’ve got to confront it,’ he said. ‘You’ve got to turn on the light and go after those cockroaches. And don’t just chase them out. Find out where they live.

‘Identify them, make their lives miserable – legally. Shine the light on that cockroach.

‘The guy with his drunken buddies hurling racial epithets, take photos of him. This guy’s name is so-and-so and he lives right outside of Manchester and works in this garage. Guess what the garage is gonna do? They’re going to fire his ass right away, because they don’t want the attention of hiring a hate-monger.’

This is actually similar to the philosophy and motivation behind my posts exposing the antisemitic social media posts of Jew-haters. I believe strongly in fighting legally against such hatred, and helping these haters understand their actions can have consequences.

I am way more in support of fighting back this way than simply censoring such people. Hoist them on their own petard.

This does not contradict my opposition to what I perceive as a ‘cancel culture’, which targets people whose views you don’t like or who may have posted something offensive in the past, which they now regret. If someone is regularly and unrepentantly going after Jews, I believe in fighting back. And that means letting the world know about them.

I’m happy to see Gene gets it.