Palestinian propaganda Facebook page Quds News Network is one of those who has posted about it. 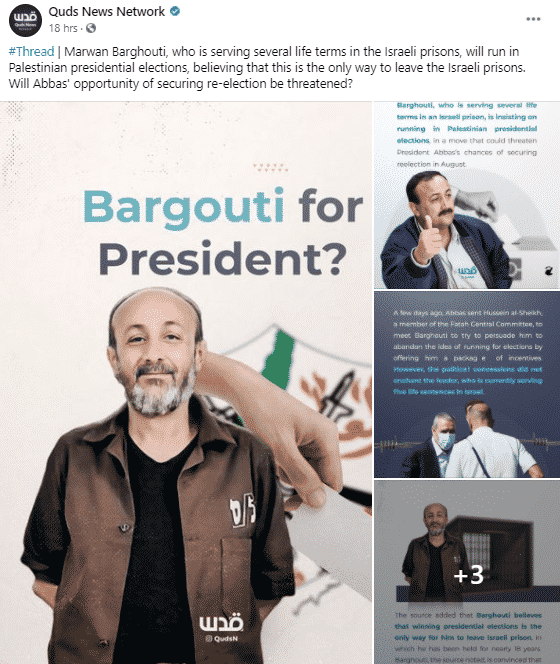 Note the bizarre graphic on the left, in which the hand seems to be coming out of Barghouti’s head.

Upon seeing it, I immediately knew what had to be done: 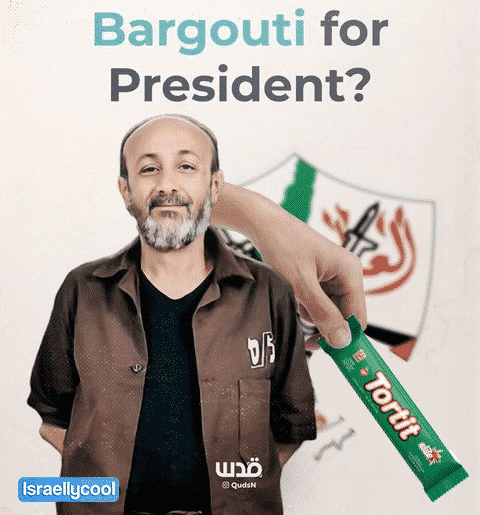 He’s just the “man of principles” the palestinian Arabs need.