Disturbing audio of Israel-hater Marc Lamont Hill from a Clubhouse discussion has been made available:

BREAKING: Last week on @joinClubhouse @marclamonthill of @BET accused Israel of 'disemboweling a Palestinian child' & that the "civilian population [was] wiped out through weapons"

Note what he alleges:

“We have 9-year-old children disemboweled in Gaza. We’ve seen a civilian population wiped out.”

When I told him he was showing his antisemitism again, he responded:

Here is the report to which he refers. It makes no mention of an entire “civilian population wiped out.” This is a blatant lie.

As for “9-year-old children disemboweled in Gaza”, the report mentions one incident:

In another July 11 attack, an Israeli missile struck a vehicle in the Bureij refugee camp, killing the two municipal workers inside. The men were driving home in a marked municipal vehicle after clearing rubble from a road damaged in an airstrike. Their relatives said that neither man was affiliated with an armed group, and that the driver had followed the same daily routine in the same vehicle every day since July 7. The explosion blew the roof off the vehicle and partly disemboweled a 9-year-old girl and wounded her sister, 8, who were sitting in front of their home nearby. .

In other words, Lamont Hill makes it sound like we deliberately disemboweled 9-year-old children, whereas one child was accidentally disemboweled from an explosion arising from an IAF attack on Gaza aimed at terrorists or terrorist infrastructure.

Lamont Hill’s language sounds eerily like a medieval antisemitic blood libel. These libels falsely accused Jews of murdering and disemboweling Christian children (or other gentiles) in order to use their blood as part of religious rituals. 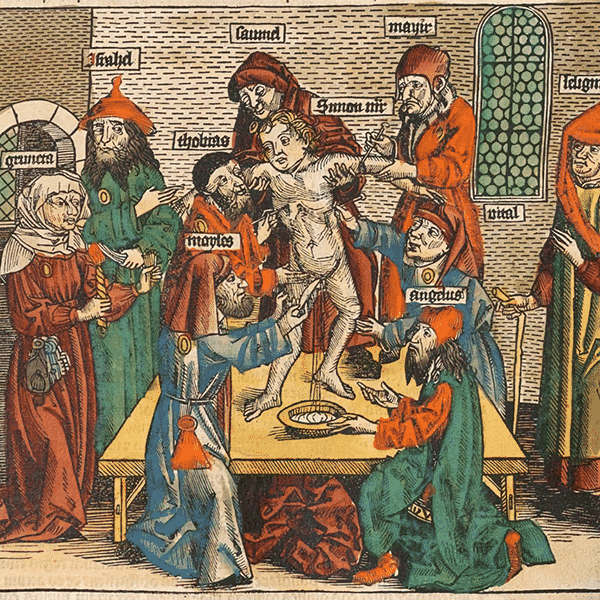 I confronted Hill about this, referencing part of his “apology” when he got booted by CNN for his “from the River to the Sea” comment. 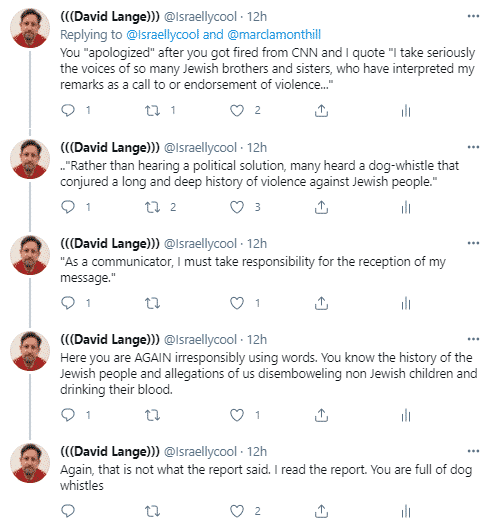 Then I threw in a jab at the end:

Here is some of the video evidence to which I am referring.

Lamont Hill did not respond to me, even though I asked him to address my tweets.

He did continue tweeting to others though.

Even if Lamont Hill – who paints himself as an expert – was not aware of the connotations of his choice of words (which I find hard to believe), he was definitely aware of it after I explained it to him. Yet he did not apologize, let alone respond at all.

And it is not his first time. He has previously accused us of poisoning the water of palestinians, which is also reminiscent of the medieval blood libels accusing us of well poisoning.

This all leads me to believe that he is not some guy who keeps accidentally making antisemitic dog whistles. I believe he is a bad faith actor deliberately doing so, in order to generate hatred towards Israel and the Jewish people.