I did not see this coming. But boy do I love this idea! 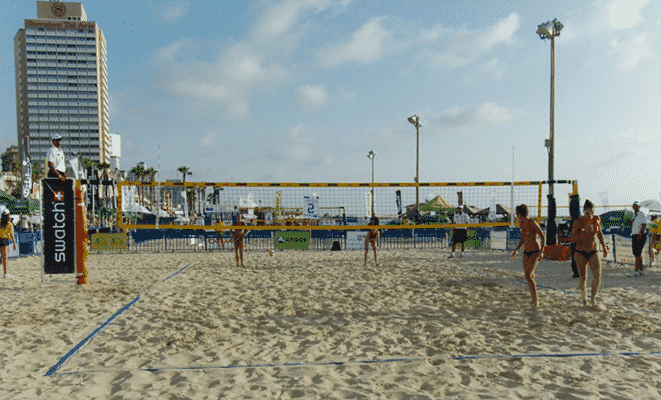 German sport officials offered up a plan for Berlin and Tel Aviv to hold the Olympics together, according to Insider Sport citing the German newspaper Berliner Morgenpost.

President of the German Olympic Association Richard Meng and Managing Director of the Berlin 2018 European Athletics Championship Frank Kowalski wrote that Berlin and Tel Aviv should submit a joint bid for the 2036 summer games.

The plan would be that Israel would host the beach sports, such as volleyball, sailing and surfing, among others, while Germany holds the track and field sports as well as the soccer tournament. The other team sports such as baseball, basketball, water polo, etc. were not specifically mentioned.

I love this idea and a main reason is for the same reason I love good jokes – the timing.

The timing of the games would also be an interesting matter, as it would mark 100 years since the 1936 Olympic Games in Munich where Jewish athletes around the world were benched in order to not offend the German Chancellor Adolf Hitler, who’s Nazi Regime rose to power just years before and saw the games as a chance to glorify Nazi ideals and German supremacy.

“In 2036 in particular, it would be possible to show what has changed and still needs to change,” the officials said, according to Insider Sport. They added the games could be seen as a sign of “reconciliation.”

“So why not send a completely new, strong signal of peace and reconciliation in 2036?,” the quote continued. “A signal that does not suppress the historical burden, but takes up the responsibility that arises from it?

Plus could we see matkot as an exhibition spot?

Another reason is the last time Germany hosted the Olympic games, we all know what happened. This will send a strong signal to Hitler’s successors still trying to destroy us that we are stronger than ever.

Speaking of whom, if this bid does succeed, their tiny BDS heads are going to explode!