Pinhas Rutenberg: Let There Be Light 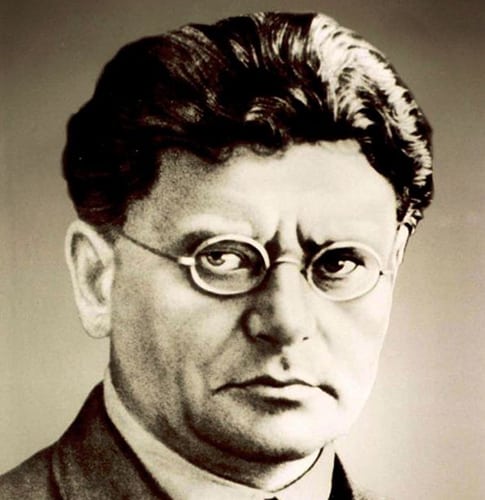 Pinhas Rutenberg was born in 1879 in Romney, a Russian town of wealthy farmers upon which the unique kibbutz experiment would be based. As a child, he received a traditional religious education and went on to study in the secular Hebrew high school. Rutenberg excelled. He was later accepted to an engineering program at a classy and famous Polytechnic.

As a young student, he witnessed the suffering of the Jews under Tzar Alexander III who instituted a regime of nationalist and religious oppression. Not one to keep quiet, Rutenberg played an active role in the two Russian revolutions. With social waters still stormy and his life in danger, he decided to flee Russia for Italy and take a break from political activism. He wanted to return to his profession and advance hydraulic engineering. But he was greatly troubled by the plight of the Jews. Like Theodor Herzl, he too believed that the only solution to antisemitism was the establishment of a national home for his people.

His biggest dream was to create a Jewish army in Eretz Yisrael. Without weapons, the Jews would never survive. He met with politicians and Zionist leaders all over the world to enlist support. A year after WWI broke out he travelled to America to raise funds.

A lack of self-defense was not the only problem in the Jewish homeland. The country was without electricity. This limited Jewish self-determination and kept Jews the weakest partner in the balance of political power. Rutenberg understood that he had to sell the idea of electricity to the British authorities.

At the end of the war the map of Europe was redrawn at Versailles where Rutenberg presented his electricity plan to the Rothschilds who gave him the financial support needed for him to realize the dream.

Arab pogroms broke out soon after his arrival prompting Rutenberg to work on his first assignment, the establishment of the Haganah. Months later, he successfully commanded troops in Tel Aviv and quashed Arab riots. With the pogroms over, he turned to providing electricity. He knew that electricity would raise the quality of life for all. Electricity was no respecter of persons. Electricity was for all, Jews, Arabs and British alike. His theory was if people were happy there would be less trouble.

With British approval and 3000 workers at hand, Rutenberg harnessed the Jordan and Yarmuch rivers. In this back-breaking work he made sure to provide the workers with optimum conditions that ensured their safety and a decent quality of life. They also built a series of large dams which created natural lakes. From the outlet of one of the lakes, the water cascaded a colossal 27 meters down through 3 huge pipes onto rotating turbines.

And then there was light!

Eretz Yisrael was lit up by electricity – everywhere except in Jerusalem.

Although he built other power plants in Tel Aviv, Haifa and Tiberias, the British had protected their geo-political interests with the Arabs by refusing Jerusalem to be part of the deal. But in 1942, in the middle of the war, their own British-Jerusalem Electric Corporation had failed to supply the demands of the city. Thus out of necessity, the Brits grudgingly changed their mind. Like puppies with their tails between their legs, they came to Rutenberg and begged him to supply electricity to Jerusalem. Not long after the British came begging, our hero died in Jerusalem, the eternal electrified capital of the Jewish people.