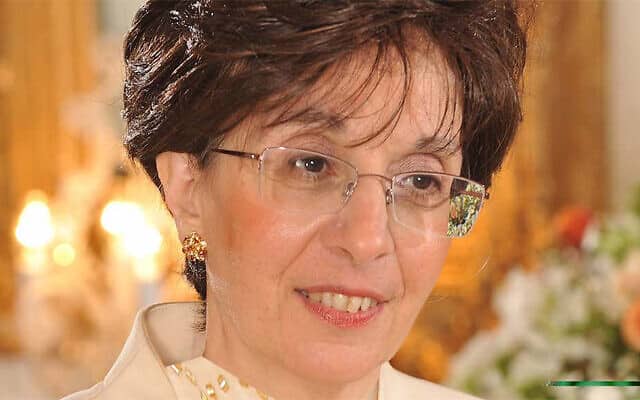 The widespread outrage sparked by the killing of Sarah Halimi by Kobili Traoré, a French Islamist from Mali who has so far managed to evade trial for murder after throwing her off the balcony of her apartment has been detailed here and here.

Now President Macron is calling for a change in the law after the controversial decision handed down by France’s Supreme Court not to prosecute Kobili Traoré for murder.  Speaking to Le Figaro, Macron said that it is not for him to comment on a court decision but asserted:

“…Choosing to take drugs and then ‘going mad’, in my opinion, does not absolve one from criminal responsibility…I would like the Minister of Justice to seek a change in the law urgently…”

Sarah Halimi’s murder has sparked a lively debate over a new strain of antisemitism in France imported by Muslim migrants from former French colonies.   In January 2021, an illegal Algerian immigrant who was working as a delivery man for Deliveroo was imprisoned for four months then deported for refusing to deliver food to two kosher restaurants. Interior Minister Gerald Darmanin said:

France has the largest population of Muslims in any Western country. Most are immigrants hailing mainly from the former North African colonies. Some, who have been imbibed with Islamist ideologies are no doubt thrilled to piggy-back on the endemic culture of antisemitism which has long thrived in France.  During the 18th century, as elsewhere in Europe, traditional medieval Christian antisemitism morphed into a secular liberal antisemitism the seeds of which were sown in the anti-religion enlightenment values of the French Revolution.

Nowadays in France, the Jew hatred commonly associated with the far right and inspired by Nazi ideology thrives alongside antisemitism dressed up as anti-Zionism from the socialist/Marxist leaning hard-left. All of which provides fertile breeding ground for the spread of the imported Islamist variety of antisemitism driven by fringe Islamist clerics who seek not only to demonise Jews but to delegitimize the State of Israel. A paradox here is that Islamists who complain about Islamophobia from what they see as the French obsession with secularism are often themselves guilty of espousing rabidly antisemitic views.

In light of all this, a change in the law is a step towards the right direction but it remains to be seen whether it will have any significant impact on reducing antisemitism in one of the most antisemitic countries in the Western world.