The Palestinian Information Center reports on clashes in Jaffa: 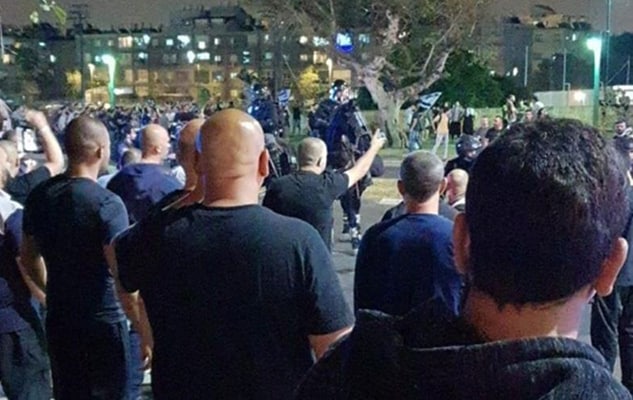 Violent clashes broke out last night in the Arab city of Jaffa, in the 1948 occupied lands (Israel), between Palestinian residents and police forces after extremist Jewish citizens staged a march in its streets.

Several Palestinian young men were reportedly arrested or injured during the events.

Local sources said that Palestinian young men responded by throwing stones and firing firecrackers at police forces during the events.

The clashes started after Jewish settlers staged a provocative march in Jaffa streets.

Jaffa City is exposed to ongoing Judaization attempts, where Israeli companies and Jewish groups always seek to take over Palestinian property and sites.

And what prompted this “provocative march”?

The incidents follow an attack on the head of a rabbi in Jaffa who sought to purchase a property and was violently kicked to the ground by Arab offenders in an incident described as an “anti-Semitic hate crime” by Yamina leader Naftali Bennett.

More on the attack: 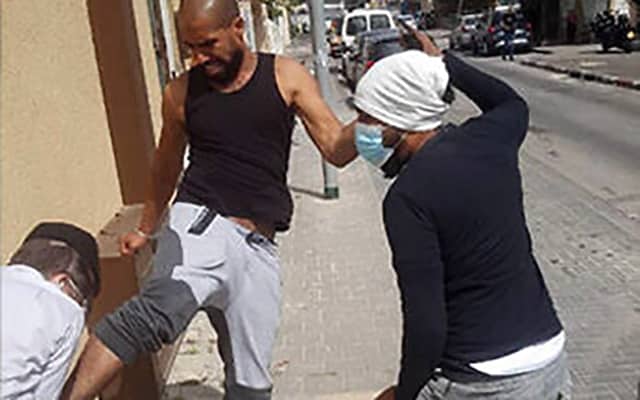 A rabbi was violently assaulted in Jaffa in an apparent hate crime on Sunday while seeking to purchase an apartment to house his yeshiva.

Two men in their 30s were arrested over the beating of Rabbi Eliyahu Mali, who runs the Shirat Moshe Hesder Yeshiva in the mixed Jewish-Arab city adjacent to Tel Aviv.

Channel 12 reported that Mali and his colleague went to a building in Jaffa to view the property. The two were surrounded by Arab residents of the area, who began to yell at them and order them to leave. When they refused and began filming the incident, the suspects began beating Mali and his colleague.

This is just one of a number of violent attacks against religious Jews by Arabs in recent days.

In other words, the Palestinian Information Center (and indeed other propagandists) see Arabs living in Israel as “Palestinians”, all Israeli Jews as “extremists” and “settlers,” and protesting unprovoked violence against defenseless Jews as “provocative.”

Heck, they see our very existence as provocative.