Here are some images you won’t see in the mainstream media and certainly not from the haters.

First up, some palestinian Arabs joking around with some IDF soldiers about passing through a hole in the security fence, where the soldiers are stationed to prevent infiltrators. As you can see, the conversation is in good spirits, and since it is sunset and the Ramadan fast is ending, a soldier gives them food to break the fast.

The TikTok user who uploaded the video is himself a palestinian Arab, so props to him for not being afraid to share the truth.

Next up: a photo of an Israeli border policeman providing primary treatment to a palestinian Arab boy who sustained a head injury, after the boy’s father brought him to the policeman for help. The policeman subsequently called the paramedics for assistance (source: Telegram). 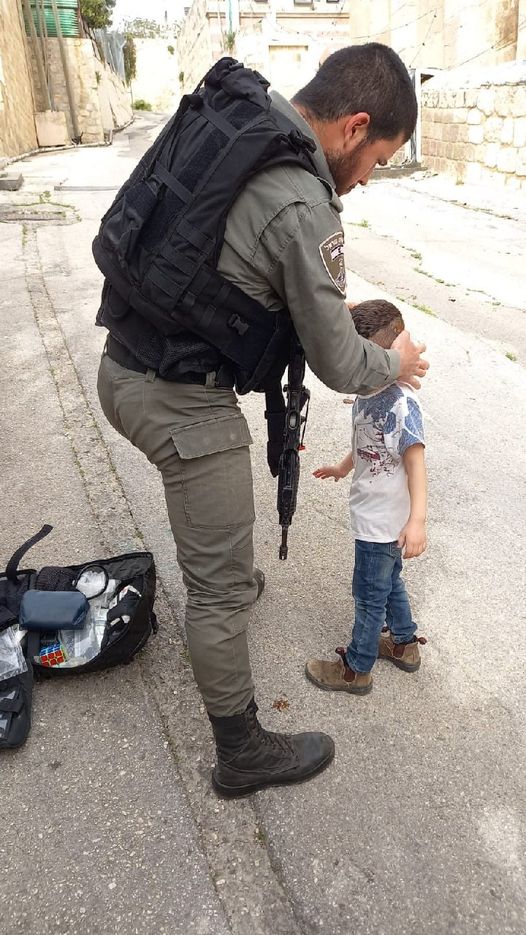 Again, just another day here in Israel, where not everything is as it seems, and where such occurrences happen on a daily basis.