Naftali Herz Imber and The Birth of The Hope

Following the cataclysmic events of the Holocaust came the unfathomable political establishment of the state of Israel, where the ceremony was concluded with HaTikvah, the new national anthem of the fledgling state. Until today, HaTikvah raises the pride in our Zionist blood and also serves as a reminder of hope to Jews throughout the globe wherever they may be.

One could be forgiven for thinking the composer of HaTikvah was a person who studied the likes of Bach, Brahms and Mozart, and the lyricist was related to Bialik. But this is far from then truth. 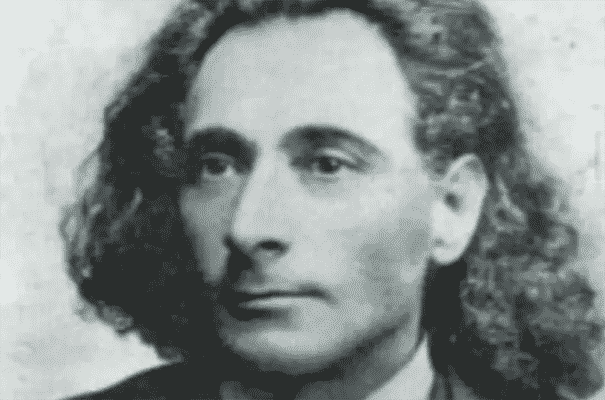 The words were penned by Naftali Herz Imber, a Hebrew hippie and the quintessential Wandering Jew. A child prodigy, he began writing poetry in 1866 at the age of 10, and even received an award from Emperor Franz Joseph for his work.

The adult penniless Imber spent many a year traveling the world, looking for Mrs Right, falling in love here, falling out of love there. He later remarked that beautiful women were always the source of all his poetic inspiration.

When running a market stall in Istanbul, he met Sir Laurence Oliphant, a businessman and member of the British Parliament. An ardent Zionist, Imber wanted to tell the politician that Jews did not need any favors from Britain to return to their ancestral homeland. But as often happens in life, what we plan is not what happens. And such was the case with Naftali Herz Imber.

In his diaries, Imber confesses that when he first met Sir Oliphant in that bustling, noisy market, his aspirations went astray when his eyes helplessly came to rest on none other than Sir Oliphant’s wife. An incurable womanizer, Imber wrote that a glance at Mrs. Oliphant “inspired” him to take a trip with her and her husband to the Holy Land – a trip paid by them.

Sadly for Imber, the Christian Protestant Zionists were still madly in love with each other and thus went wandering off into the Mediterranean sunset working on a plan to hasten the coming of the Messiah. This left his hopes and dreams washed ashore. Imber and the couple went their separate ways. Although despondent, he maximized his brief trip by visiting many of the new farming communities. The now bustling Israeli cities of Rishon LeZion, Gadera, Nes Zionya and Petach Tikvah all fiercely claim that Imber penned HaTikvah on a balcony in their yard. Closer to the truth, is he wrote the original 9-verse poem in Europe. As the hindsight of irony would have it, he based the lyrics on none other than the German song, Der Deutsche Rhein which opens every verse with the words, “As long as…”

The tune is credited arguably to a certain Samuel Cohen, a humble farmer who claimed it was based on a Romanian folk song he had heard as a child. Those familiar with “Fuggi, fuggi, fuggi dal questo cielo” (the work of the seventeenth century Italian composer, Giuseppino Del Biado), would probably beg to differ.

It was in 1884 in Jerusalem that Imber finally handed all 9 verses of his mammoth-long poem to Dr. Y.L. Matmon-Cohen, the founder of the Herzliya Hebrew Gymnasium. With some brutal editing (which would be any writer’s nightmare) the doctor reduced the masterpiece to one verse in order to make it into the beloved national anthem that it is today.