Avraham Yoffe: On Deers and War 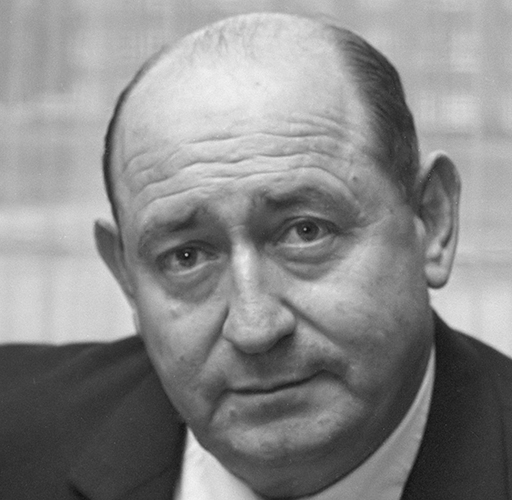 Avraham Yoffe’s life reads like one of swashbuckling fiction. Born by the Kinneret in the early 20th century, at aged 16 he joined the Haganah.

In the thirties he served in the Special Night Squad, a unit run by the British General and Christian Zionist Orde Charles Wingate. Under the rebel Brit’s command, Jews carried out daring operations under nightfall to thwart the actions of Arab insurgents.

Yoffe went on to play a significant part in many of Israel’s wars. During the War of Independence, he was battalion commander in the Golan Heights. After the war, he ran an officer’s school until the Six-Day War when he commanded four brigades on the Egyptian front. He and his soldiers daringly passed through terrain considered so tough it was not guarded by the Egyptians because they believed it impossible for tanks to cross through. Avraham’s courage and dare prevented the Egyptians from calling for reinforcements, and within just 6 days, Israeli troops changed the map of the Middle East.

Like Yigal Yadin, Yoffe also had a passionate interest in archeology. After Yadin had famously conducted excavations at Masada, the two men joined up for archeological excavation in a cave in the Judean Desert. There they discovered the legendary Bar Kohhba letter, which is among one of the most important finds for studying Second Temple times.
After decades of fighting, he laid down his weapons and became the Director General of the Nature Reserves Authority. A different mission filled him with as much purpose as any military battle. Vigorously he began to search the world for the rare Fallow Deer in the hope of bringing a few to Israel.

Ever since the founding of the state, Israel has been keen to bring back indigenous animals mentioned in the Tanach. Success had included the Ostrich, the Oryx and the Griffon Vulture. Concerning the identification of the Fallow Deer as the authentic Biblical deer, there were two opinions among scholars based on the Septuagint and the Vulgate translations of the Hebrew Tanach. The most popular opinion believed it to be the Biblical deer, while the minority opinion contested it wasn’t. Yoffe was one of those who supported the view it was the Biblical deer and he set out to prove it.

He found some in Iran.

Yoffe contacted the Shah’s brother and asked to buy two pairs. In exchange he offered the Persian nobleman a chance to hunt a large Ibex in the Negev Desert.

Time was running out because all this was all happening on the eve of the Islamic Revolution. The moment the coup would break out, ties with Israel would be impossible. It was in the nick of time that Yoffe managed to salvage the deer, bring them to Israel and release them into the wild on Mount Carmel. Six young were later born and released to roam around the valleys surrounding the Jerusalem Mountains. When a fire broke out on Mount Carmel in the nineties and destroyed acres of trees and wildlife, the Fallow Deer crowded into a clearing and survived.

An inquisitive archeologist, a brave warrior and a man who thought out of the box, Yoffe’s contribution to his country was remarkable. One can only hope that somewhere from the world to come, Yoffe is content, that after millennia, the Biblical Fallow Deer is roaming his Land again.