Yesterday, Congresswoman Ilhan Omar had this to say following Hamas firing hundreds of rockets at Israeli civilians and the IDF responding with strikes against Hamas targets in Gaza. 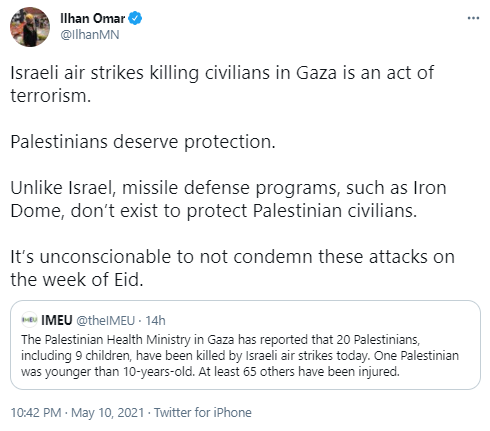 That’s right. Not a word condemning the rocket attacks, but rather Israel’s response in self-defense.

A sitting member of US Congress siding with actual terrorists trying to murder civilians. Comprehend that for a second.

Of course, when it comes to inappropriate responses to terrorism, Ilhan Omar has quite the track record. 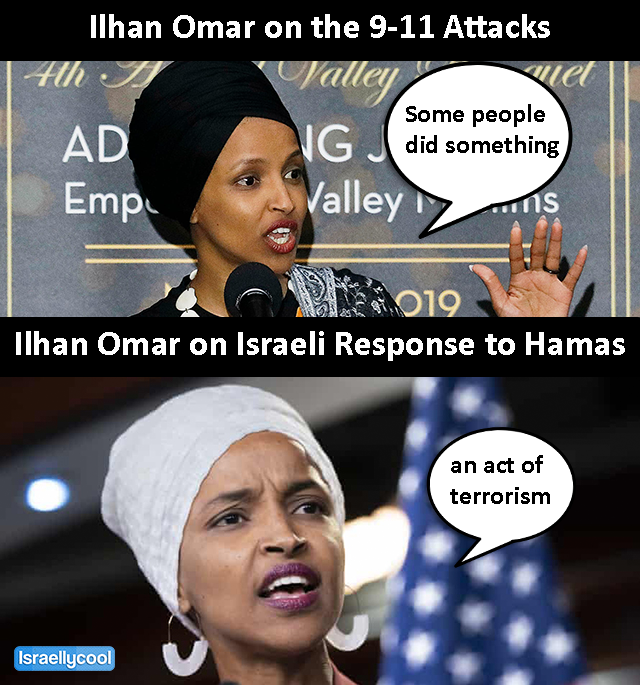