According to reports I am hearing – like the following – the IDF displayed its ingenuity yet again, tricking Hamas into thinking there would be a ground invasion so they would hide in terror tunnels.

Ripe for the picking (off). 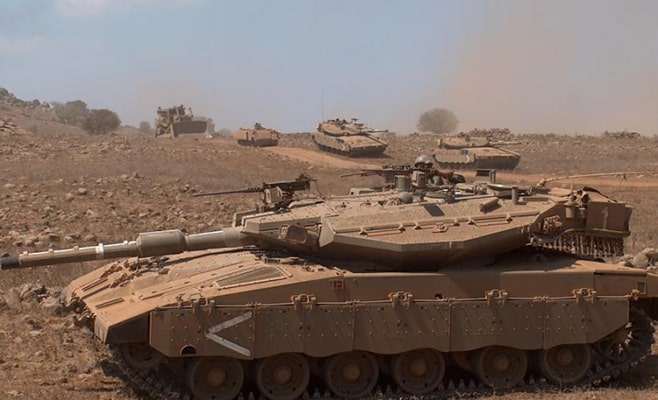 At about 9 pm on Thursday night, the IDF began assembling ground forces along the border with the Gaza Strip. Some armored and infantry battalions joined the artillery batteries that had been deployed days earlier to pound Hamas and Islamic Jihad targets.

Earlier in the day, the IDF said that a ground offensive was on the table as a viable option for the continuation of Operation Guardians of the Wall. The IDF was hitting hard at Hamas and Islamic Jihad targets from the air but on the ground they would be expected to cause even more damage albeit with greater risk to the Israeli forces.

Prime Minister Benjamin Netanyahu made his contribution, saying Thursday that the campaign against Hamas was far from over and that more Israeli action was coming.

At midnight, the IDF Spokesperson’s English department tweeted that “IDF air and ground troops are currently attacking in the Gaza Strip.” The foreign media jumped at the tweet, interpreting it to mean that Israel was sending ground forces into Gaza, a major escalation in the current operation and a sign that it was far from over.

Websites of media outlets around the world, including the Washington Post and ABC, reported the incursion. “Israeli troops have entered the Gaza Strip as conflict with Palestinians escalates, Israeli military says,” was the tweet put out by the Washington Post.

The problem was that there was no ground invasion. Yes, the IDF had deployed troops along the border but they did not cross into Gaza. What did happen was in the air where 160 aircraft had assembled for a massive bombing run over the Gaza Strip. Their target was what the IDF called Hamas’s “Metro”, an underground network of tunnels where Hamas stored its weapons and used to move throughout Gaza hidden from Israeli aircraft.

According to reports, due to the deployment along the border and the news coming out in the foreign media of a ground incursion, Hamas and Islamic Jihad sent their first-line of defense into the tunnels to start taking up positions. These were the anti-tank missile teams and mortar squads meant to strike at incoming Israeli ground forces.
What they did not know was that there was no ground offensive. Instead, once they were out of the tunnels, they were exposed to Israeli aircraft. Within minutes, the “Metro” attack went ahead.

It is unclear as of the time of this post how many Hamas-holes we weeded out. What is clear are the lengths we go to in order to isolate them so that civilian casualties are limited.