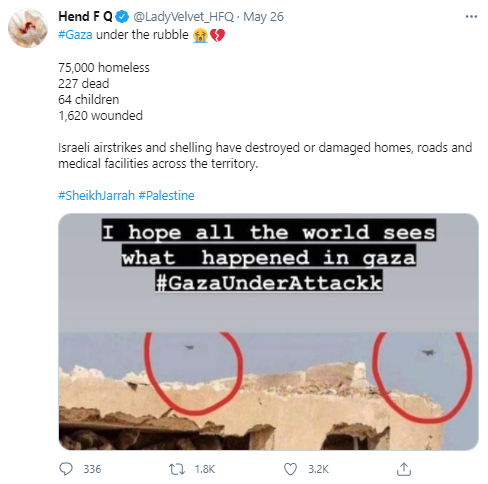 This has been retweeted almost 2,000 times, and the same or similar image has been tweeted out with differing captions by numerous Israel-haters. 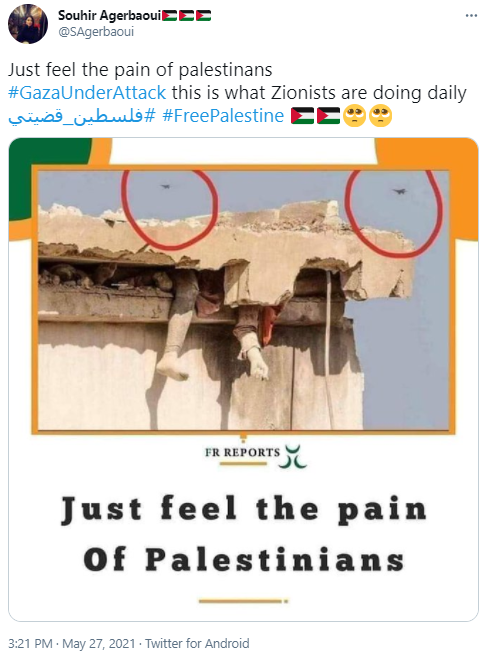 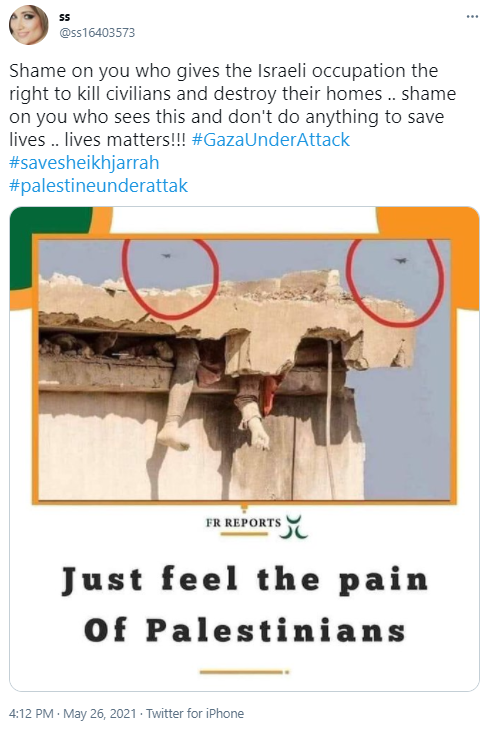 This is yet another example of how a lie can travel around the world and back again while the truth is lacing up its boots.

As you can see, the photo is from Syria, not Gaza. And I am even using Israel-hater Ken Roth as my proof!

As you can see, the haters go to work with Photoshop in order to remove the satellite TV antenna and add a few Zionist planes. I assume the reason for the former was to play into the “Concentration Camp Gaza” narrative.