The Limit of The New York Times’ Obsession With Israel 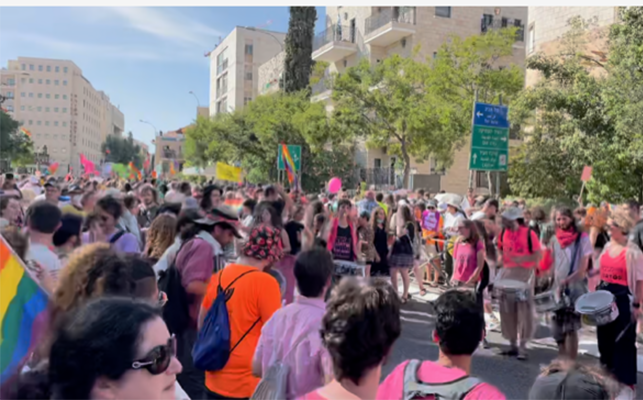 Jerusalem hosted a wildly successful event yesterday to usher in Pride Month. More than 7000 people took part in the festivities. That’s a lot of people post pandemic. Heck, that’s almost twice as many people celebrating Pride in Israel in a single day as there were Hamas rockets that targeted it in over a week.

Though Turkey lifted a ban against LGBTQ public events in 2019, that didn’t stop Turkish police from firing bullets and tear gas at a peaceful gathering in Ankara later that year, when 19 people were put on trial for organizing the event. Iran forces gender-reassignment surgery on gay men and lesbian women regardless of whether they identify as the opposite gender, because being gay is punishable by death in Iran and criminalized in most other states in the Middle East – an exception being Israel – the only Middle East state that celebrates the diversity.

Even in the disputed territories where Islamic law is imposed, thousands of Palestinians in the West Bank and Gaza are persecuted for being gay.

That is the same terror organization, Hamas, that has been championed as some kind of freedom fighters by uninformed or deceptive influencers in the West.

In a post-truth modern era, everything good Israel does gets twisted into something bad by those who seek to destroy the progressive state. Israel’s LGBTQ rights are no exception.

I imagine that gay men and women, trapped in countries or territories that criminalize being gay, wish their governments would have some equivalent of “pinkwashing,” to spare them from terror and abuse – by at least making believe that they are accepting (when Israel’s government really is accepting).

Alas, too much of the mainstream media fails at setting the record straight on this, as with other aspects of the Jewish state. Kudos to the Los Angeles Times that did report on Jerusalem’s Gay Pride Parade. But apparently a celebration of close to 7500 people in a country that the New York Times otherwise obsesses over, just wasn’t “fit to print.”

The New York Times wasn’t alone in being an Israel obsessed outlet that didn’t report about the successful Pride Parade in Israel’s capital. The BBC, Boston Globe, CNN, Guardian, etc. also didn’t. . . . But, they haven’t reported on Pride Parades in any other capital in the Middle East either.

Faith Quintero is the author of Loaded Blessings, a family saga that alternates between Inquisition era Spain and modern-day Israel. It’s among the Federalist’s top books of 2019 list and a Montaigne Medal finalist for the Eric Hoffer awards. Follow Faith on Twitter @FaithQuintero7 for when she returns from an unjust suspension