Anti-Israel Propaganda “Own Goal” of the Day 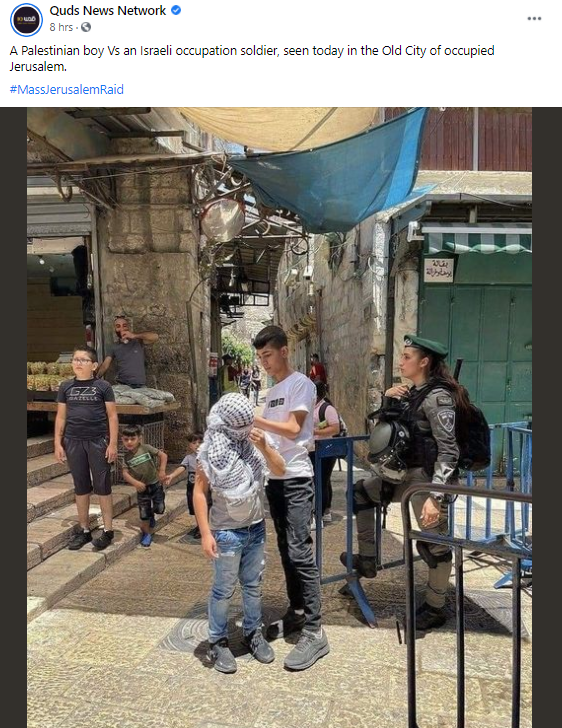 Let’s see. We have a female IDF border police woman guarding, showing the inclusion of women in Israeli society. There is no “vs” here – she is looking rather calm as the tall boy adjusts the keffiyeh – symbol of palestinian terrorism – of a small boy. The boys look rather calm and unafraid. Seems to me like the Arabs have quite a bit of freedom to express their opinions – as vile as they may be – without any IDF intervention. Only if things get violent, the IDF will act.

If anyone is reflected badly in this photo, it is the culture that promotes hatred and violence among even the young.