BDS has long claimed to be a non-violent movement. For instance, this is from their website:

In 2005, Palestinian civil society organisations called for boycotts, divestment and sanctions (BDS) as a form of non-violent pressure on Israel.

Inspired by the South African anti-apartheid movement, the Palestinian BDS call urges nonviolent pressure on Israel until it complies with international law by meeting three demands

But the problem with lies it is hard to keep them up all the time, especially when you are speaking about a movement like BDS, which is itself predicated on lies.

The following online event scheduled for June 20 is being brought to us by BDS Malaysia: 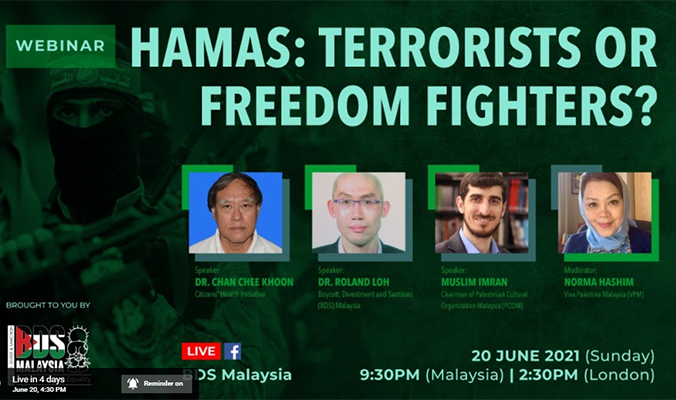 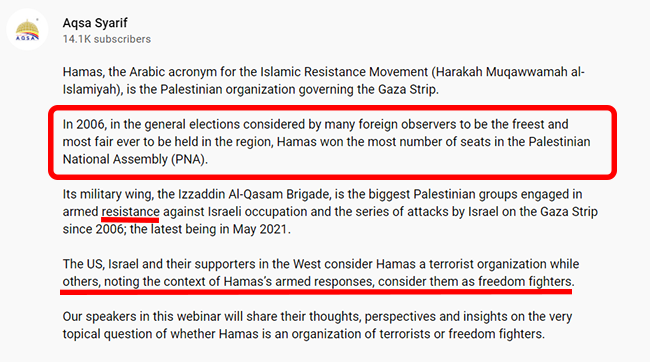 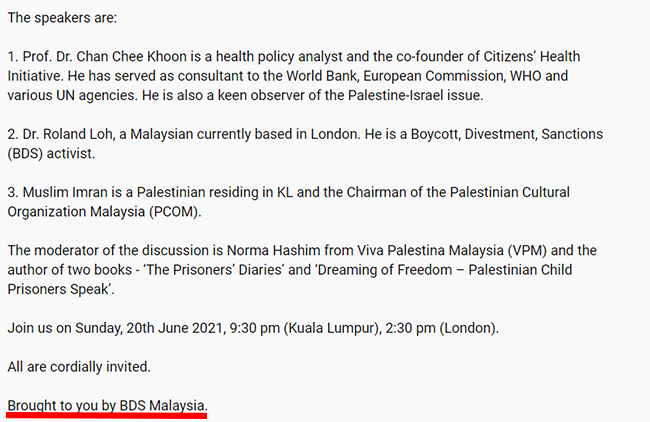 I am willing to fathom a guess they will conclude Hamas is an organization of freedom fighters.

Let’s just say it is a pretty strong hunch.