Following the backlash regarding their decision to exclude the Israeli Moshava food truck from their “A Taste of Home” event – which subsequently led to the event’s cancellation –  non-profit Eat Up The Borders has now released a statement apologizing for their actions: 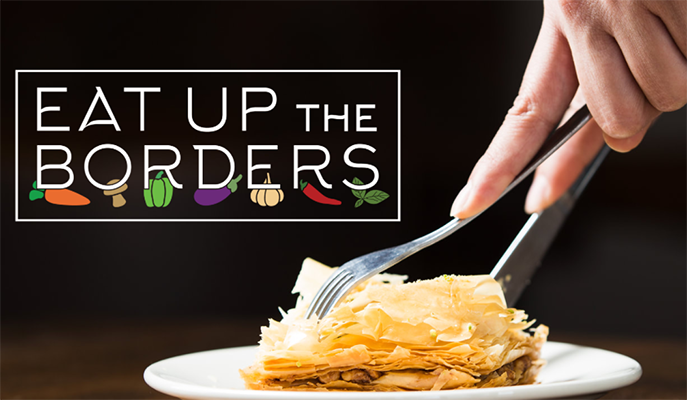 We understand that our actions have hurt you and we are truly sorry. We want to be very clear that we do not support antisemitism or allow antisemitism in our spaces. Our actions were ignorant and inexcusable.

Our series of “A Taste of Home” events started in April 2021. Moshava attended our second spring event in May 2021. After the event, we received some pushback from activists who criticized the attendance of Moshava. Not wanting to unintentionally alienate any members of our community, we decided to host a Palestinian food vendor in our future event.
​
At the June 2021 event, we had several food vendors scheduled including Moshava and a local Palestinian food vendor. The Monday prior to the Sunday event, the Palestinian vendor informed us that they weren’t able to attend due to time constraints. We decided to move forward with our event as scheduled. After attendees noticed the absence of the Palestinian food vendor, many suggested boycotting and protesting at the event. As Eat Up The Borders, two days prior to the event, we decided to prioritize the safety of all — Moshava, other vendors, and our guests — and postpone Moshava’s appearance until a future event. We made it clear that Eat Up The Borders and Sunflower Philly would like to continue working with them in the future, and work together to learn how to address such a fragile situation. We offered to give Moshava 10% of our door sales and vendors offered to share a portion of their proceeds to a cause they were apart of.

We now see that excluding any particular vendor in the name of trying to protect them was the wrong decision. We did what we thought was best in the moment, but we failed. Since then, we have cooperated with authorities to answer any of their concerns. We were ignorant in our actions, and it was inexcusable. We do not wish for this to be swept under the rug or forgotten, but rather we wish to learn from our actions and make up for our mistakes with help from our community as we continue to educate ourselves. We are in touch with leaders from the Jewish and Palestinian community to aid us in our growth and further the conversation.

As for the other vendors and performers we have been partnered with, we sincerely apologize that you were affected by these consequences. They were in no way connected to our decisions and, unfortunately, have received pushback for their scheduled appearance at our event. They are small businesses run by passionate people, and do not deserve to have their reputations tarnished. We are asking the community to continue to support them.

Eat Up The Borders is a passion project between two young, full-time working people: an event organizer and a photographer. We are truly sorry to Moshava, and the Jewish and Palestinian communities. We look forward to listening, learning, and growing from this. We have a long way to go in making our world a more just one for Black, Indigenous, LGBTQIA, Jewish, Palestinian, disabled, and immigrant communities who have historically been silenced and oppressed. It is our mission, through food, to move towards that ideal world.

While apologies are always welcome, this one is troubling.

The apology also reveals, as I suspected, that the organizers are not being completely truthful. Here, Eat up the Borders are claiming the decision to include a palestinian food vendor was made after they “received some pushback from activists who criticized the attendance of Moshava” at the May 2021 event. Compare to this:

Melvin Powell of Sunflower Philly, one of the groups that organized the event, said at past food truck events both Israeli and Palestinian food trucks were present. He said an agreement was made in the past that one truck couldn’t be present without the other.

Also note the apology does not contain any mention of threats, as was previously suggested.

In other words, they seem to be lying – which means they are hiding something.