Home Aussie Dave Apparently, It is ‘All About The Benjamins’ For Ilhan Omar, Linda Sarsour...

As I blogged yesterday, faux feminist and antisemite Linda Sarsour was one of those who came to the defense of Rep. Ilhan Omar, following the latter’s antisemitic tweets. Sarsour, in fact, doubled-down to claim that AIPAC is a powerful lobby “seeking to influence politicians or public officials on a particular issue” by connecting donors to campaigns and elected officials. 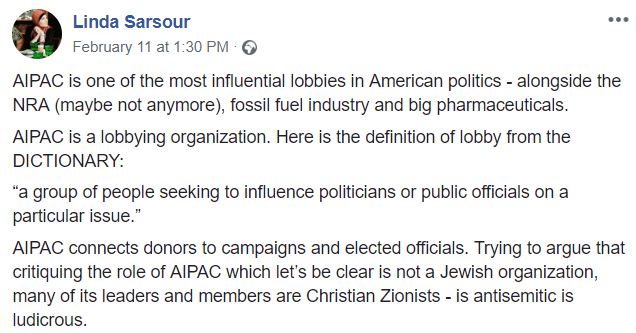 She also linked to this vile piece:

As a Jew, an Israeli citizen, and a professional lobbyist (ahem, activist), I speak from personal experience when I say that AIPAC is tremendously effective, and the lubricant that makes its operation hum is dollar, dollar bills.

AIPAC’s power is about more than money, certainly. It’s about great organizing (they built a local chapter, and sent a local Democratic volunteer emissary who then facilitated the contributions). It’s about diligence (they paid attention to Vic’s campaign long before anyone else, and were happy to donate to both us and the militaristic, pro-Likud Republican incumbent). Their lobbyists on the Hill are the best in the business, and their legislator junkets to the Holy Land are masterfully orchestrated. But money is central to the whole system.

Technically, AIPAC doesn’t make the political contributions. Instead, as it notes proudly on its website, individual members of its “Congressional Club,” like that Cincinnati resident, do the bundling and donating directly, both as individuals and through Political Action Committees that AIPAC and its members have set up.

Without congressional support, the Likud/anti-Palestine/pro-occupation project would be radically undermined. The money that AIPAC and the rest of the lobby spend is indispensable to that work.

Note how even these Israel haters acknowledge that AIPAC does not make any political contributions themselves.

Cut to today, where this great opponent of “seeking to influence politicians or public officials” via money posted this: 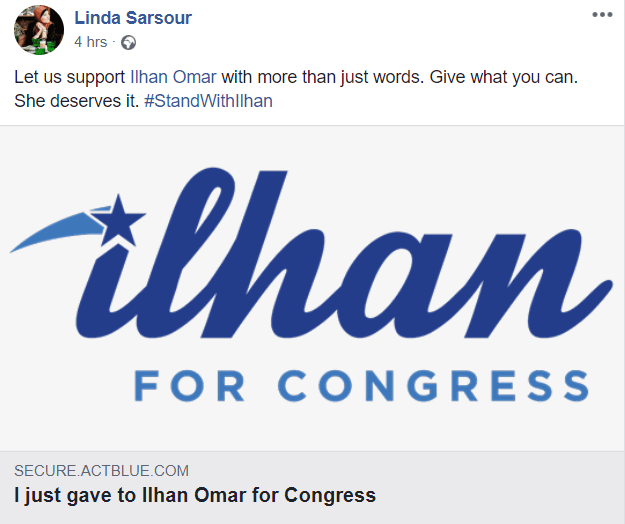 which links to this: 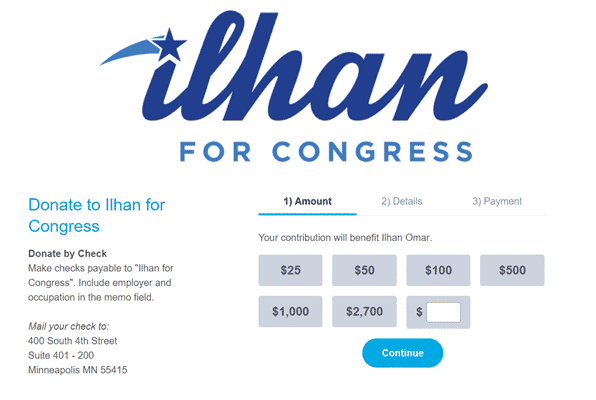 In other words, as Sarsour laments the use of money to influence politicians, she is trying to help raise money for a politician. Got it.

And the hypocrisy is not just Sarsour’s. Last summer, Omar herself received nearly $60,000 from PACs, according to the records of the Federal Election Commission. 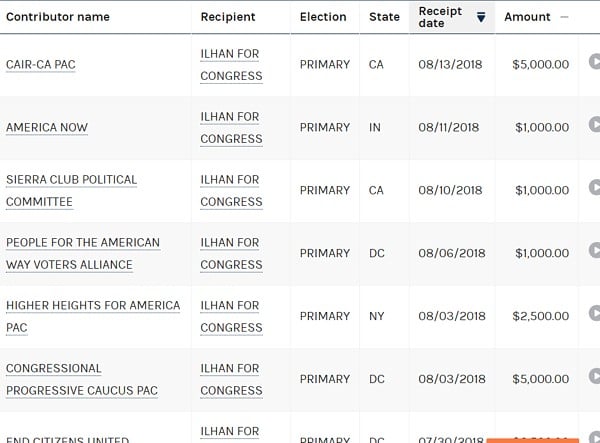 AIPAC is not actually a PAC at all, so it doesn’t donate any money directly to candidates.

Meanwhile, Omar is reportedly set to keynote a fundraiser next month for the Council on American Islamic Relations (CAIR).