Another Terror Attack And Palestinians Celebrate

This morning, one Israeli was murdered and two others were injured in two terror attacks outside Ariel.

The attack began at around 9:45 a.m. near the Ariel Junction, where the terrorist assaulted a soldier with a knife and managed to gain control of his weapon, IDF spokesman Lt. Col. Jonathan Conricus said.

The attacker then fired at passing vehicles, hitting a civilian in the first vehicle. A second vehicle was hit, but managed to flee the scene. A third car stopped, and the attacker, whom Conricus said “appears to be a Palestinian,” took it and fled the scene.

The two injured men, one 19 and one 47, were taken to Beilinson Hospital in Petah Tikva, the Magen David Adom Emergency service said. The younger victim sustained abdominal and spinal injuries and was being prepped for surgery.

The older victim’s condition deteriorated to critical by the time he arrived at the hospital with head injuries and doctors were fighting to keep him alive. He was identified as Rabbi Achiad Ettinger, a father of 12 from the Eli settlement.

Medics attempted to resuscitate the third victim, but were forced to declare him dead at the Ariel Junction.

No doubt you won’t have the world media all over this story. Muslim organizations around the world will not condemn this murder, nor regular “human rights” organizations for that matter. Neither will Waleed Aly, Linda Sarsour, and others. And sports teams will not be holding a minute’s silence for the victims.

Because unlike the recent mosque attacks in New Zealand, the victims here were Jewish. And not just any Jews – defiantly proud Jews living in their indigenous homeland.

Just as predictable have been the responses of the palestinians (Note: While I mostly took screenshots of the postings in case the accounts are taken down, you can see them and more for yourselves here on Twitter and Instagram). 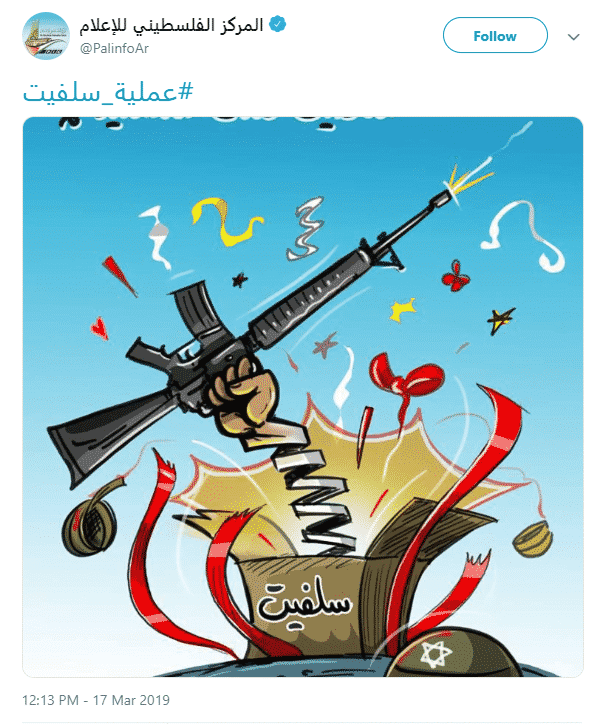 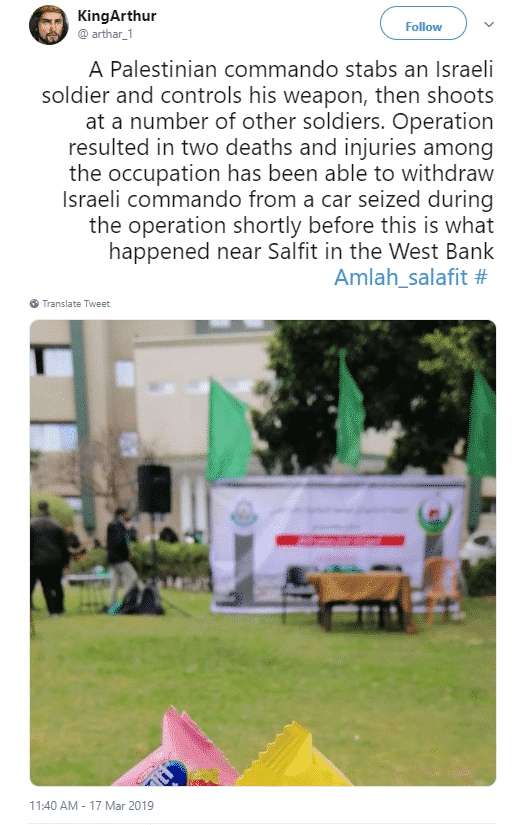