Jeremy Corbyn’s Labour party truly is the gift that keeps on giving.

Yet another Labour MP is about to make the news, for all the wrong reasons. His name is Grahame Morris, the Labour MP for Easington. And less than an hour ago as of this post, he tweeted this: 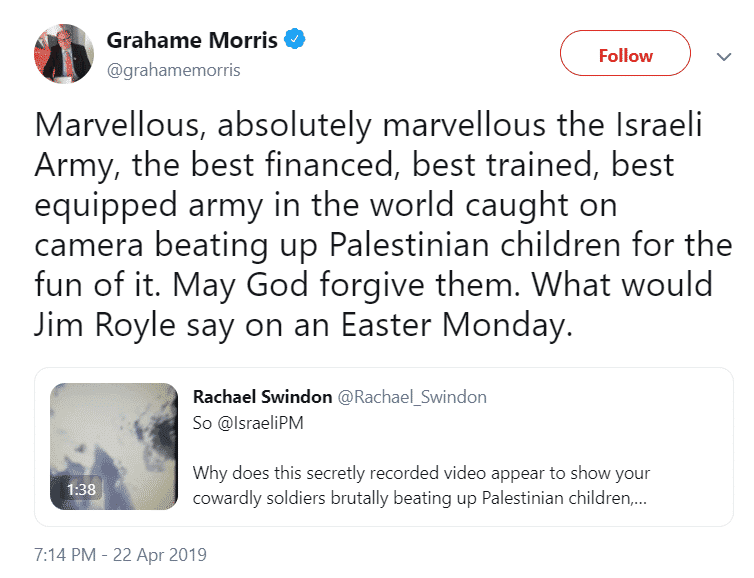 It is a retweet of infamous antisemite Rachel Swindon, who claims the video she tweeted is of IDF soldiers beating up palestinian children.

(note: if her tweet above disappears, it means she cowardly took it down or her account has been suspended)

Of course, it is not what she claims. This is an old blood libel I thoroughly debunked last year. Short version: it is video of Guatemalan army soldiers in 2015.

Of course, Rachael Swindon either knew this and still disseminated the libel, or did not do her homework and readily accepted the lie she was fed. Either way, we already know she hates Jews, so she was always going to tweet it.

As for Grahame Morris, I suspect he is yet another example of a Jew hater in the Labour Party. Of course, there will be plenty of people claiming he only criticizes Israel, but is that true when you readily retweet a known antisemite spreading an easily refutable lie about the Jewish state?

Update: 3 hours later and Morris refuses to take down the tweet. 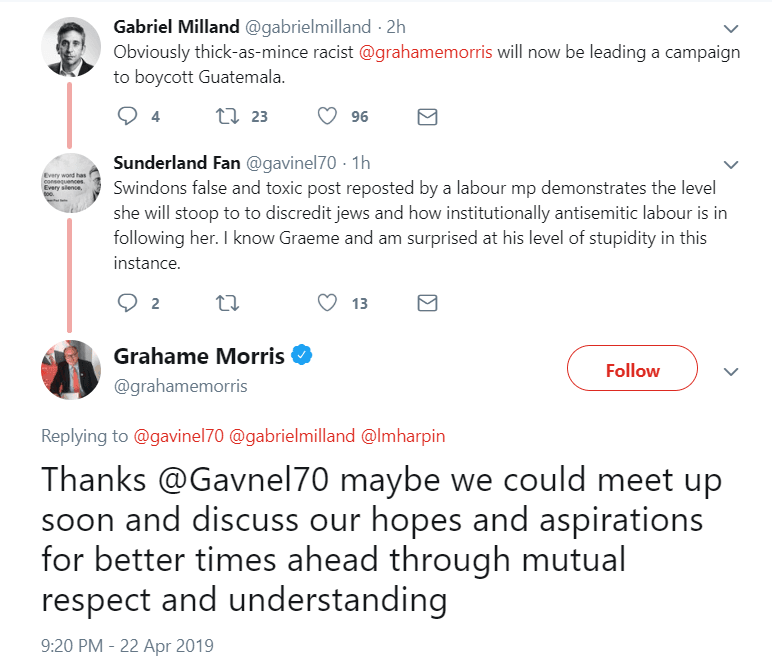 And although he now admits he was wrong, no apology to those he has damaged with the tweet, and in fact has doubled-down: 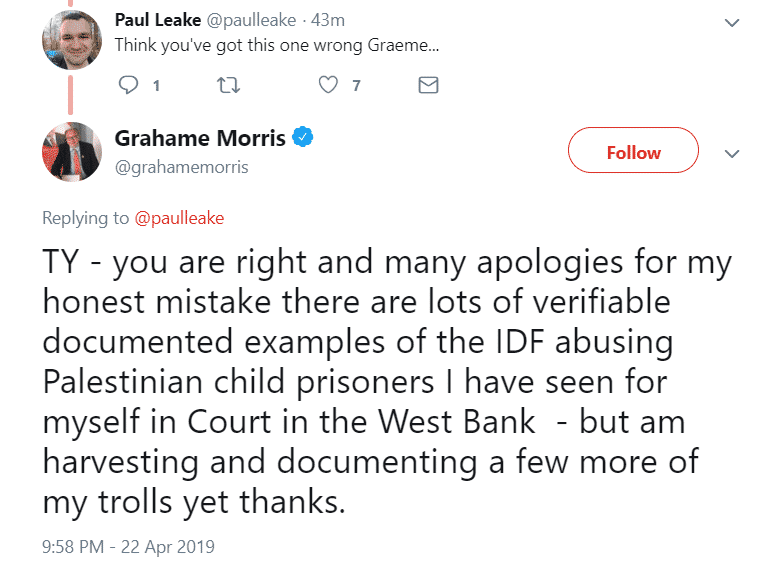 In the meantime, Swindon did delete her tweet – but refuses to apologize for the libel.

That’s entirely unrelated. I am sorry for not knowing the origin of the video. It was taken from another Twitter feed. I will learn from my failure. There’s really not much more to say I’m afraid.